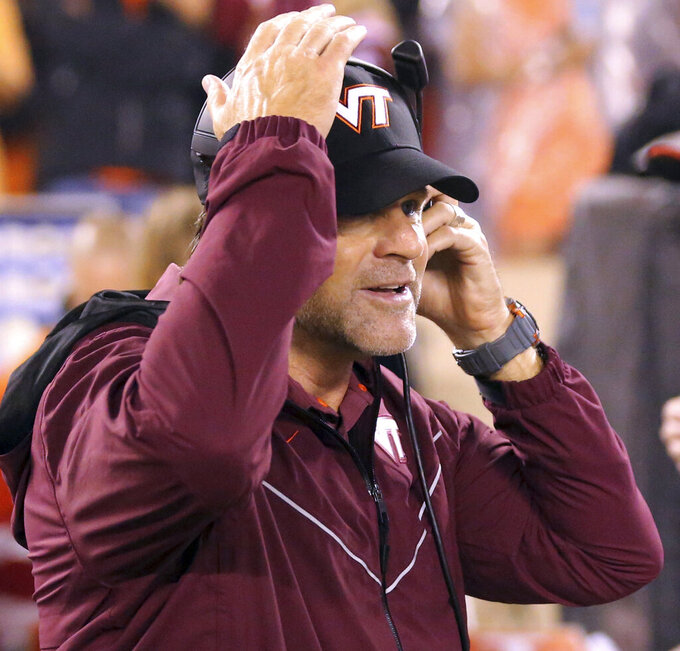 The Hokies should win, and win big, against a team that has failed to score against two lower-level opponents. With a stout defense that appears further along than the offense, Virginia Tech could find some balance against the Terriers.

The Terriers are on a program-worst 12-game losing streak and failed to score in games against Chattanooga and Elon. They enter the game ranked 113th in total offense the Championship Subdivision, averaging just 179 yards. Virginia Tech ranks fifth in total defense in the Bowl Subdivision, allowing just 202 yards per game.

Wofford: RB Nathan Walker. The Terriers ranked in the top 10 in rushing among FCS teams for 22 straight years in their wingbone offense before last season. Getting Walker untracked would help. He's carried 24 times for 86 yards in the first two games.

Virginia Tech: QB Grant Wells. After a shaky four-interception start against Old Dominion, Wells was efficient and productive against Boston College. He threw for a touchdown and ran nine times, all without a turnover.

Wofford coach Josh Conklin spent three seasons as the defensive coordinator at Pittsburgh from 2015-2017, where he went 2-1 against the Hokies. ... Wofford is 1-23 in its last 24 games against FBS teams and 3-24-1 all-time against the ACC, with all three wins coming long ago against Clemson. ... Despite its recent struggles, Wofford's history includes four straight NCAA playoff berths from 2016-2019. ... Keshawn King has seemingly supplanted veteran Jalen Holston as the Hokies' top tailback. He scored on a 65-yard run against BC. ... The 11 a.m. start time will be the earliest in football in Virginia Tech history.