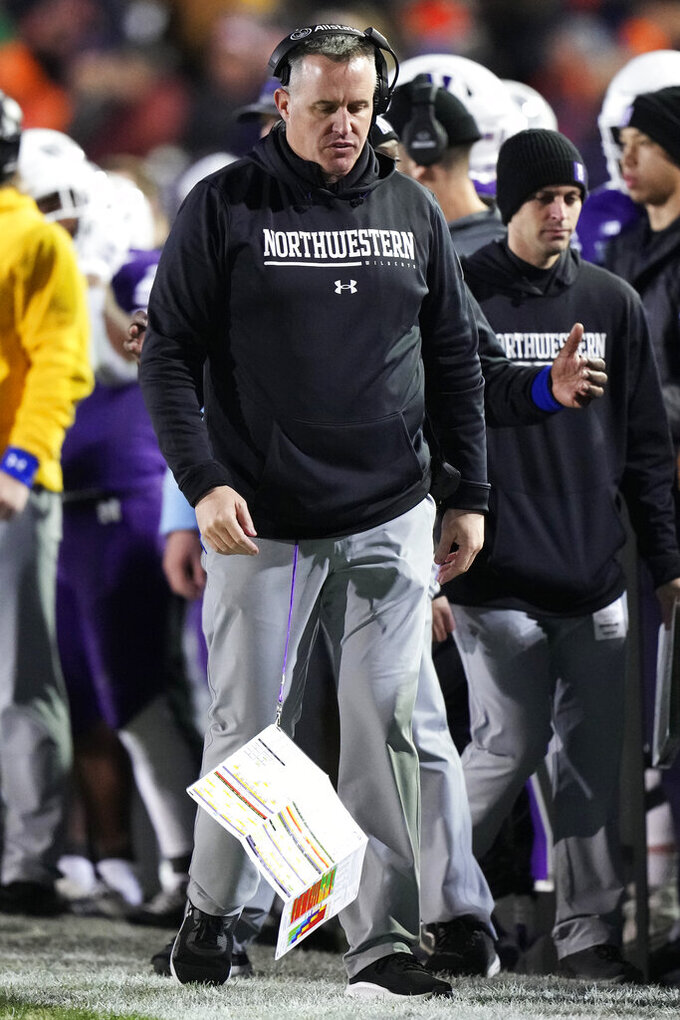 Northwestern head coach Pat Fitzgerald reacts as he looks down on the sideline during the second half of an NCAA college football game against Illinois in Evanston, Ill., Saturday, Nov. 26, 2022. Illinois won 41-3. (AP Photo/Nam Y. Huh)

EVANSTON, Ill. (AP) — Northwestern coach Pat Fitzgerald is shaking up his staff after the Wildcats' worst season in 33 years, announcing Tuesday that defensive coordinator Jim O’Neil and two other assistant coaches will not return.

Defensive line coach Marty Long and wide receivers coach Dennis Springer also were let go after the Wildcats finished 1-11 for their worst record since the 1989 team went 0-11. The lost 17 of their last 18 games.

Northwestern opened the season with a win in Ireland over Nebraska, which later fired coach Scott Frost. The Wildcats went into a tailspin after that and ranked among the worst in the nation in run defense and total offense.

Fitzgerald is 110-101 in 17 seasons leading his alma mater and is by far the school's winningest coach. He led the Wildcats to Big Ten West championships in 2018 and 2020 plus five bowl victories. But they are 4-20 over the past two seasons.