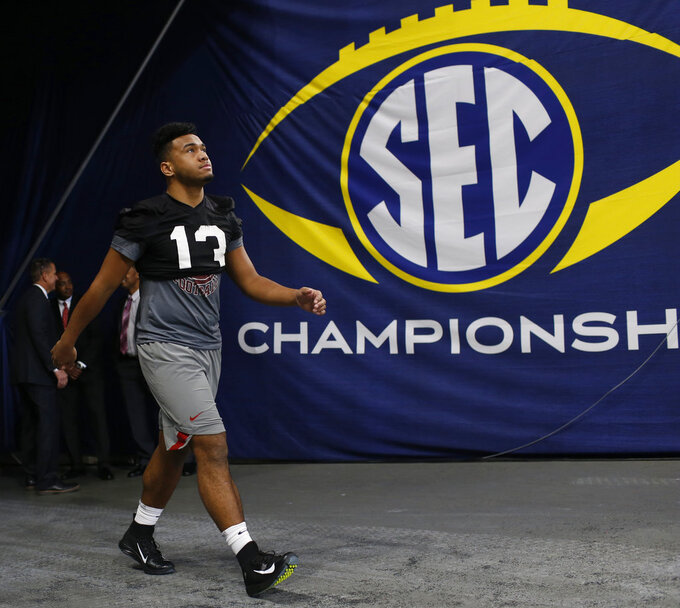 Kentucky's Mark Stoops is the SEC coach of the year in voting by league coaches announced on Wednesday.

Tagovailoa is a finalist for the Heisman Trophy and led Alabama into the College Football Playoffs. Allen won the Bronko Nagurski Trophy as the nation's top defensive player.