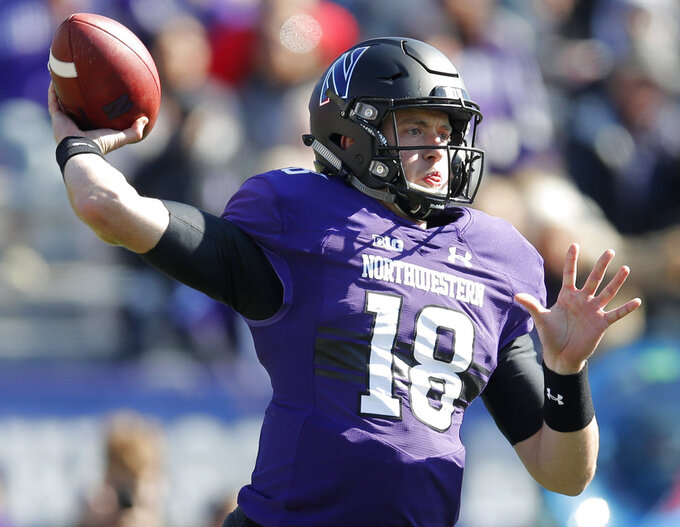 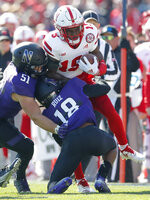 EVANSTON, Ill. (AP) — Rolling along with a 10-point lead, Nebraska had its first victory under coach Scott Frost and the end of the longest losing streak in its proud history in sight.

Northwestern yanked it all away. And now, the Cornhuskers are off to their worst start ever.

Clayton Thorson threw for a career-high 455 yards and three touchdowns, and Drew Luckenbaugh kicked a 37-yard field goal in overtime to give Northwestern a 34-31 victory over the winless Cornhuskers on Saturday afternoon.

Nebraska (0-6, 0-4 Big Ten) blew a 10-point lead in the final 5:41 in regulation and fell to 0-6 for the first time. The Cornhuskers also extended the longest losing streak in their storied history to 10 games. It's not the start Frost envisioned when he decided to take over at his alma mater after orchestrating a drastic turnaround in two seasons coaching Central Florida.

"This is wearing on me, but mostly I just feel bad for them, especially the seniors," he said.

Luckenbaugh made the first two field goals of his career in the fourth quarter and overtime after missing a 42-yarder in the third. And the Wildcats (3-3, 3-1) won for the first time at home after an 0-3 start at Ryan Field.

"That's the most fun football game I've ever been a part of," Nagel said.

Things weren't looking good for them trailing 31-21 with 5:41 left in the fourth quarter. But Luckenbaugh kicked a field goal and Northwestern drove 99 yards after getting pinned at the 1 with 2:02 left.

The Wildcats were aided by a roughing-the-passer penalty against Carlos Davis that moved the ball from the 1 to the 16, and Thorson finished the drive with a 5-yard TD to JJ Jefferson with 12 seconds left in regulation.

Nebraska got the first shot in overtime after Northwestern deferred. Frost decided to go for it on fourth-and-1 at the 16 rather than kick a field goal in part because Barret Pickering missed one earlier in the game. A low snap out of the shotgun on what quarterback Adrian Martinez said was a running play did in the Cornhuskers. He scooped up the loose ball around the 30, heaved it to the end zone from the 37 and got intercepted by JR Pace .

Northwestern moved six yards before Luckenbaugh nailed a 37-yarder on fourth down to give the Wildcats their second straight victory and set off a wild celebration.

"Great character, absolutely terrific character," coach Pat Fitzgerald said. "That's who they are. That's who we recruit. I thought the talk on the boundary the whole game was excellent. But after we got the field goal to cut it to a one-score game, the guys (said), 'We're winning this football game. We're winning the game.' ... To get it done in overtime I just think shows character."

Nebraska's Devine Ozigbo ran for 159 yards and two touchdowns. Martinez threw for 251 yards and a TD.

JD Spielman caught eight passes for 76 yards and a touchdown. But Nebraska remained winless since a victory at Purdue last Oct. 28.

"It's frustrating," linebacker Luke Gifford said. "That's for sure. At this point, the rah, rah stuff — that's got to go. I think we have passed that point."

Nebraska: This one has to sting for the Cornhuskers, who thought they were on the verge of breaking through prior to this game. They were in control, only to let the lead slip away down the stretch.

Northwestern: The Wildcats showed resolve by rallying late. But they continue to struggle in the run game since leading rusher Jeremy Larkin was forced to stop playing because of a spinal issue. They finished with 32 yards rushing — compared to 231 for Nebraska — after being held to a combined 36 over the previous two games.

"I was just thinking about this, we've been progressing so much over the weeks, we're just missing that one thing, we've marked off every box. We just haven't got a win and it's the craziest thing." — Ozigbo on Nebraska's streak.

"Everything felt pretty calm. I was with my holder and my snapper. ... They're talking to me because they'd been in this before." — Luckenbaugh on getting ready to kick the winner.