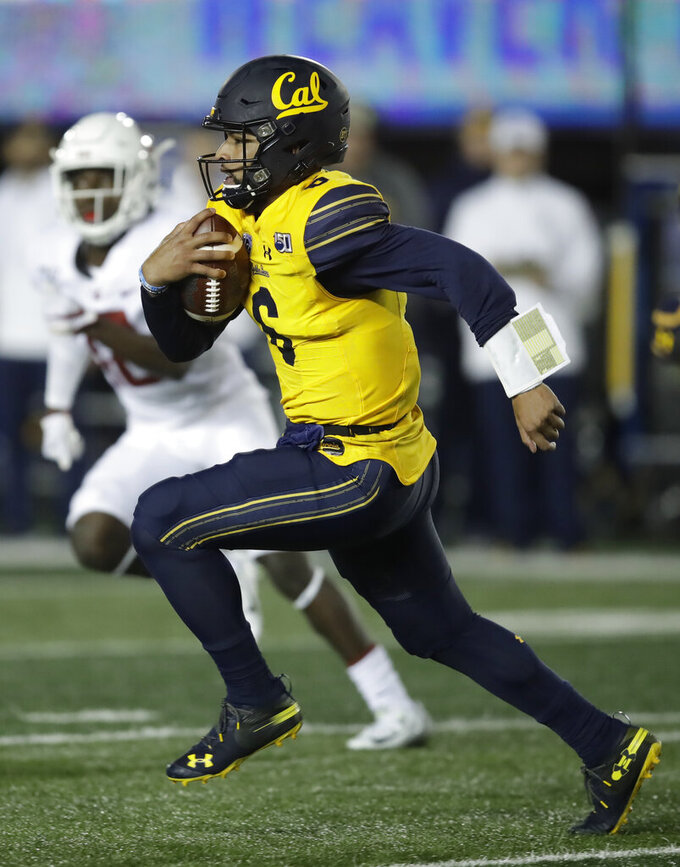 BERKELEY, Calif. (AP) — For a team that has historically produced a bevy of talented, top-tier running backs, USC has had a lot of success this season throwing the ball.

The Trojans have the second-most prolific passing game in the Pac-12, and freshman quarterback Kedon Slovis has had multiple touchdown passes in every game but one since stepping in for injured starter JT Daniels.

The Golden Bears (5-4, 2-4 Pac-12) already put the clamps on the conference’s top passer last week when they beat Anthony Gordon and Washington State. Cal believes it can do the same again.

“They’ve got a quarterback that can really throw the ball, just like pretty much every team in the Pac-12,” Davis said. “We look forward to it. In our room we look forward to teams that throw a lot. We feel that plays to our advantage.”

The matchup between USC’s passing attack and California’s stingy pass defense could be the deciding factor.

The Bears have allowed nine passing touchdowns all season while the Trojans counter with arguably the best trio of wide receivers in the Pac-12, if not the entire country. Michael Pittman Jr., Tyler Vaughns and Amon-Ra St. Brown have combined for 188 catches, 2,356 yards and 18 touchdowns this season despite having to adjust to three different quarterbacks.

“They’re guys that can catch it at five yards and take it 95 yards,” Cal defensive coordinator Tim DeRuyter said.

“Those are NFL players,” Wilcox said. “They get them the ball whether it’s timing, mesh, down the field, which they do. Those guys go up and get it or run past somebody. Our entire defense and secondary is eager to match up and compete with those guys.”

With three wins in the last four games, USC (6-4, 5-2) is still clinging to hopes of a conference title. The Trojans are a half game behind No. 8 Utah in the South Division and close out the regular season against rival UCLA.

“Some of these close games that we fell short with last year, we’re winning down the stretch,” USC coach Clay Helton said. “That’s important as we pursue a championship.”

Cal’s Chase Garbers has made significant strides the past few weeks and may be cleared to start for the first time since injuring his shoulder against Arizona State on Sept. 27. Backup Devon Modster has had mixed results but passed for three touchdowns and ran for a fourth in the Bears’ win over Washington State last week. “Both guys have done a really nice job this week, Chase getting back into the swing of things and Devon building on what he’s done,” Wilcox said. “I have confidence in both of them.”

Cal will honor its seniors before the game. That includes linebacker Evan Weaver, the Bears’ emotional leader who leads the country in tackles.

TURN UP THE HEAT

USC’s defensive linemen are licking their chops heading into this weekend, and for good reason. Cal’s offensive line has given up a conference-worst 35 sacks this year. “That’s what we definitely see,” Trojans defensive lineman Drake Jackson said. “Seeing them giving up a lot of sacks, it makes us hungrier.”

Cal’s 15-14 win over USC last year in Los Angeles snapped the Bears’ 14-game losing streak to the Trojans and was Cal’s first road win in the series since 2000. The Bears haven’t won consecutive games against USC since taking three straight from 1998 to 2000.