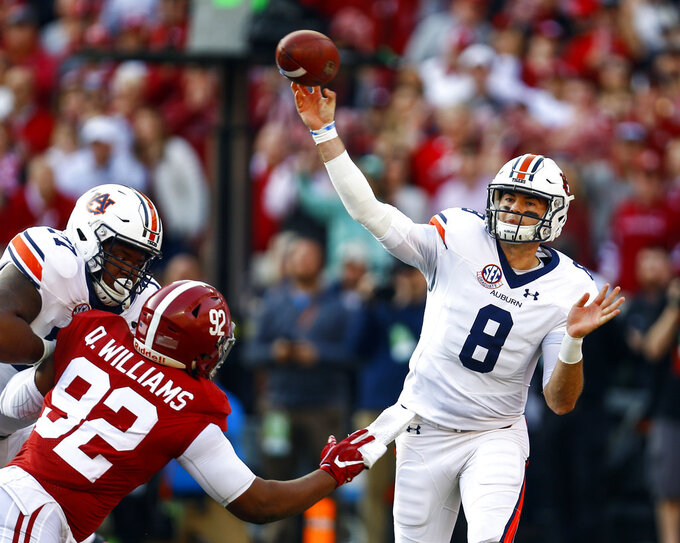 Auburn quarterback Jarrett Stidham (8) throws a pass during the first half of an NCAA college football game against Alabama, Saturday, Nov. 24, 2018, in Tuscaloosa, Ala. (AP Photo/Butch Dill)

The junior announced his decision Tuesday but plans to stay for the Tigers' Music City Bowl matchup with Purdue on Dec. 28.

Stidham started all 26 games the past two seasons for Auburn after transferring from Baylor. He was a second-team AP All-Southeastern Conference pick in his first year as a starter and ranked ninth nationally in completion percentage.

His numbers declined across the board this season as the offense struggled. Stidham passed for 5,579 yards over the past two seasons with 31 touchdowns while throwing 11 interceptions.

Auburn coach Gus Malzahn says Stidham "has tremendous ability and a bright future ahead of him."