Let the celebrations begin: LSU champs party ahead of parade 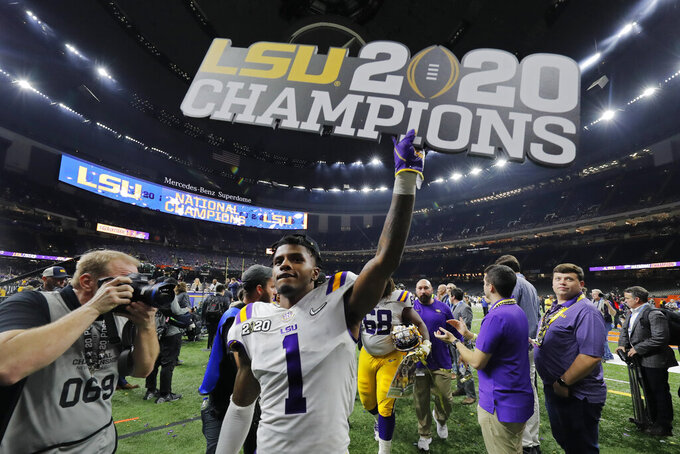 NEW ORLEANS (AP) — A locker room dance party that included some Louisiana State University football players puffing on cigars was just the start of the celebration for the team that capped off a perfect season with a win against Clemson University in the College Football Playoff national championship game.

Nothing could put a damper on LSU's excitement after winning 42-25 Monday night in New Orleans, news outlets reported. Not even a police officer who told players they would be subject to arrest for smoking inside the Mercedes-Benz Superdome, AL.com reported. Players laughed off the warning and no one was arrested, according to the report.

Fans celebrated from Bourbon Street in the French Quarter to the Varsity Theatre in Baton Rouge after the game.

New York City honored LSU by lighting up the Empire State Building in LSU's colors after its victory.

While the LSU Tigers were basking in the glow of being the top team in the country, pity was growing for the Clemson Tigers' mascot. An LSU fan started a GoFundMe page to buy the tiger a new costume as jokes about its appearance spread online.

“It seems that the University purchased their mascot costume from the clearance rack from TG&Y in 1981,” the page says.