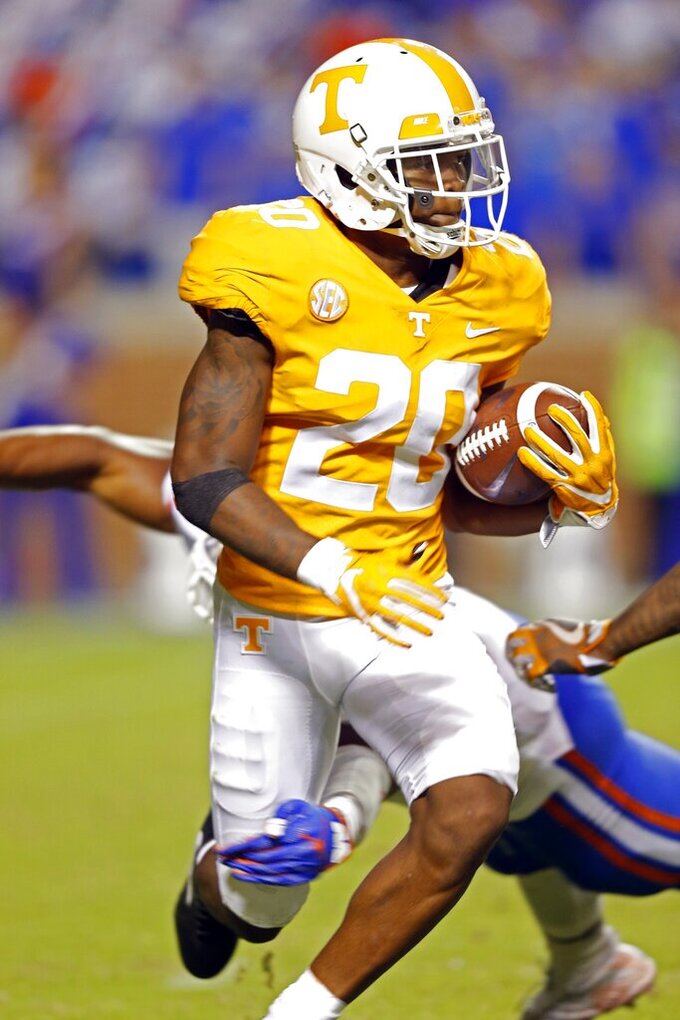 KNOXVILLE, Tenn. (AP) — Tennessee cornerback Bryce Thompson has been arrested on a domestic assault charge stemming from an argument with his girlfriend.

Thompson and the woman said they had been dating for four years.

Witnesses told police they heard Thompson threatening to slap a woman. One witness said he heard Thompson yelling that he would "shoot up the school."

The woman told police she couldn't remember "the entirety of what had occurred" during the argument "as it was a stressful, volatile situation." She said Thompson has a bad temper and had punched walls during previous arguments.

Tennessee issued a statement saying "we are aware of the situation and waiting for additional information while the appropriate processes take place."

Thompson, a sophomore from Irmo, South Carolina, made 10 starts last season. He recorded three interceptions and seven pass breakups to lead the Volunteers in both categories.