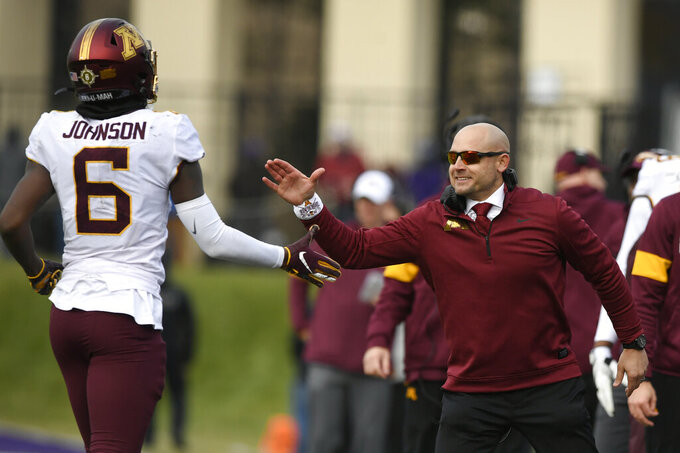 Wisconsin: After back-to-back losses on the road in October to Illinois and Ohio State pushed them two games behind in the West Division race, the Badgers have ably recovered to set up what has become a play-in for the Big Ten championship game against their oldest rival. They’re seeking their sixth appearance in the title game in the nine years since it was initiated. They’re also aiming to take back Paul Bunyan’s Axe, the trophy that resided in Madison for 14 straight seasons until the Gophers repossessed it with a 37-15 victory at Camp Randall Stadium a year ago.

Minnesota: Having hit the rare air of seven Big Ten wins for the first time in program history, the Gophers would be division champions for the first time if they beat the Badgers for the second straight year. They haven’t done that since 1993-94. Getting to Indianapolis would also keep the Gophers in the picture for the College Football Playoff, another height they have never reached.

Wisconsin DBs vs. Minnesota WRs Tyler Johnson and Rashod Bateman. The Badgers are sixth in the FBS in passing yards allowed, but the Gophers have one of the best pass-catching tandems in the country. Johnson needs 108 receiving yards to set the Gophers career record.

Wisconsin: RB Jonathan Taylor. With three straight 200-yard games, his 5,856 career rushing yards and counting are the most in FBS history for a player’s first three years. He’s seventh on the all-time list.

Minnesota: QB Tanner Morgan. With a 14-3 record as a starter, he has already set the single-season program record with 26 touchdown passes.