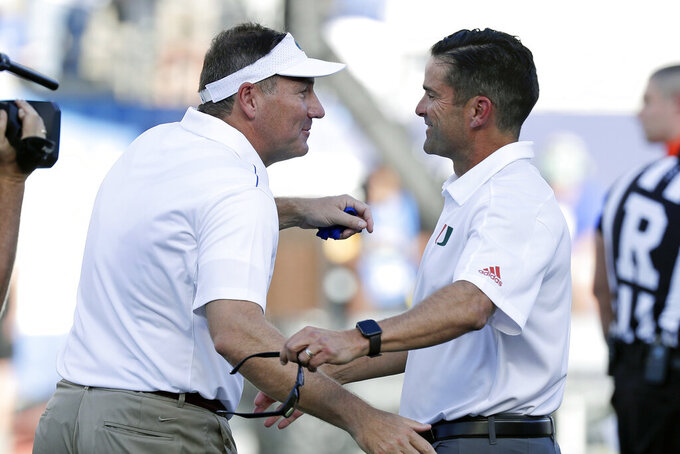 The Gators announced the suspensions about five minutes before kickoff at Camping World Stadium. They also suspended receiver Rick Wells and walk-on defensive back Pat Moorer.

The Hurricanes, meanwhile, suspended sophomore cornerback DJ Ivey for a "violation of team rules." Ivey and Al Blades Jr. had been listed as co-starters heading into the opener. Miami also will be without backup safety Bubba Bolden, who did not suit up for Saturday night's game. The sophomore and Southern California transfer arrived on campus a little more than two weeks ago.

The Gators have dealt with an unusual amount of attrition in the defensive backfield over the past 20 months. John Huggins, Brian Edwards, Chris Steele and Justin Watkins have transferred, three of them following allegations of violence against women. Sophomore C.J. McWilliams is out for the season after tearing an Achilles tendon in fall practice. Chauncey Gardner-Johnson left school early for the NFL. And Randy Russell's career ended prematurely because of a heart condition in 2018.

Up front, Florida lost Elijah Conliffe for the season this week because of a knee injury.