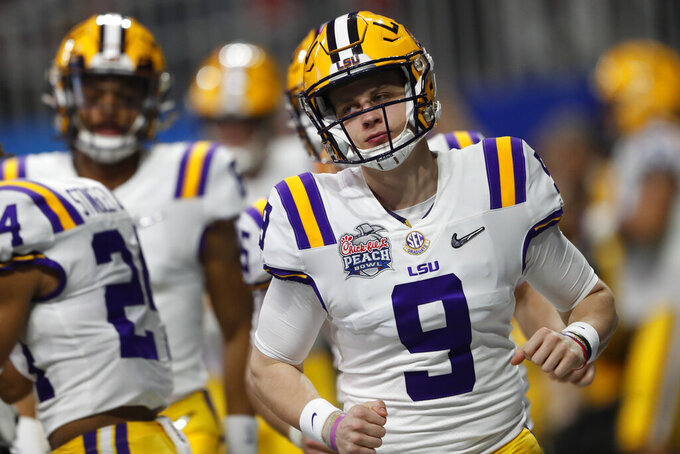 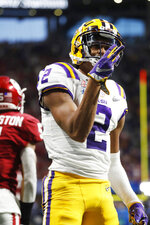 ATLANTA (AP) — Joe Burrow has tied the bowl record with seven touchdown passes for No. 1 LSU against No. 4 Oklahoma in the Peach Bowl playoff semifinal.

In just the first half, Burrow tied the record set by Cooper Rush of Central Michigan, who threw seven TD passes against Western Kentucky in the 2014 Bahamas Bowl.

The seven scoring passes are the most in any College Football Playoff game.

And LSU gets the ball to start the second half in this one.

Burrow's favorite target has been Justin Jefferson, who has tied a bowl record with four touchdown catches. He is the fifth player in bowl history with four.

The records by Jefferson and Burrow have come in a dominating first half by the Tigers, who have raced to a 49-14 lead.