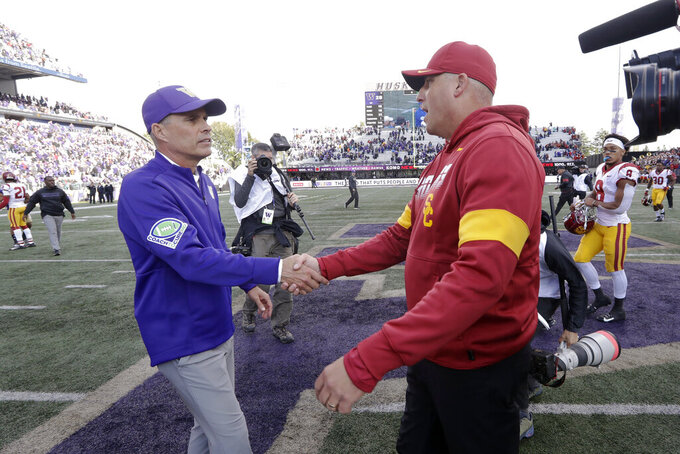 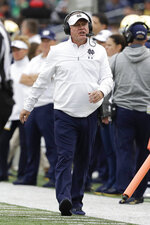 In the 91st renewal of what is called by many "the greatest intersectional rivalry in college football," Clay Helton's Trojans come off bye week following a 28-14 loss at Washington and will try to derail the Fighting Irish's hopes of a second straight College Football Playoff appearance. Brian Kelly's Notre Dame squad followed a 23-17 loss at No. 3 Georgia with consecutive home victories against Virginia (35-20) and Bowling Green (52-0) but can ill afford another setback as it seeks first national title since 1988.

USC's Air Raid attack vs. Notre Dame's defense fresh off its first shutout since the 2014 season. Despite using three quarterbacks, the Trojans have passed for 292.2 yards per game and have three wide receivers with more than 24 receptions in Michael Pittman, Tyler Vaughns and Amon-Ra St, Brown. The Irish secondary led by safety Alohi Gilman and corner Troy Pride Jr. figures to be severely tested if DE Julian Okwara and the front seven can't create fits for USC's offensive line.

USC: Kedon Slovis, QB. The freshman returns from a concussion suffered on Sept. 20. After replacing J.T. Daniels (torn ACL) in a season-opening victory over Fresno State, Slovis has completed 77.9 percent for 732 yards and five TDs in four games.

Notre Dame: Ian Book, QB. By halftime against Bowling Green, the senior had matched his career high of five TD passes in a game set earlier this season in 66-14 rout of New Mexico. Book finished with 261 yards and just four incompletions (16 of 20) in just over two quarters of action against the Falcons.

Notre Dame is 20 for 20 inside the red zone with 17 touchdowns and three field goals. . This will be the 270th consecutive sellout at Notre Dame Stadium. . USC has lost its last three trips to South Bend but won five straight starting with 45-14 victory in 2003 under Pete Carroll, who was 8-1 against Irish. . Only Lou Holtz (nine) and Frank Leahy (eight) have more victories over USC than Kelly (six).