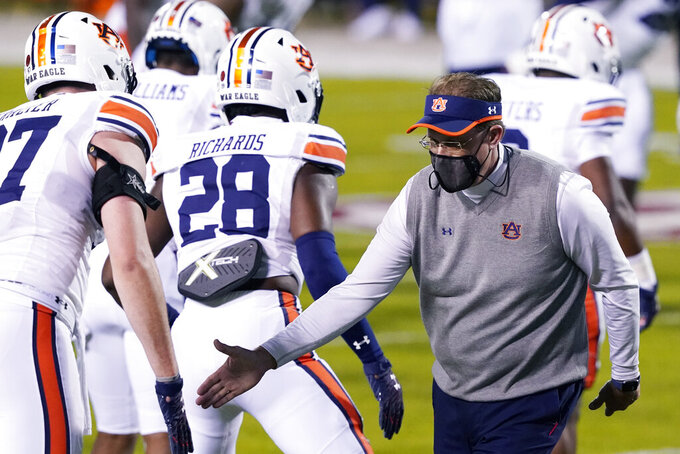 AUBURN, Ala. (AP) — Auburn has hired a search firm and formed an advisory group to help with the search to replace fired football coach Gus Malzahn.

The school announced the firing of Malzahn on Sunday, a day after completing his eighth season with a 6-4 record and victory over Mississippi State.