Austin Peay announces it's leaving OVC for ASUN in July 2022 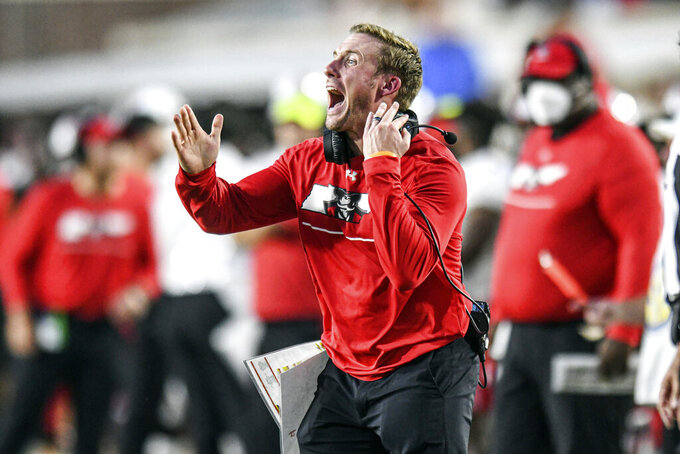 The move ratified by Austin Peay's Board of Trustees and announced Friday ends a membership with the OVC that began in 1962. Austin Peay won 69 league titles, 21 since 2010. All 17 programs will move to the ASUN and be immediately eligible for league awards, postseason play and NCAA Tournament automatic berths.

“Today is the next step down the path to greatness, and we are closer than ever to achieving the status we covet—to be the most complete athletics department in our league,” Harrison said. “And now, that league will be the ASUN.”

This move makes Austin Peay the ASUN's sixth member playing football, allowing the conference to qualify for an automatic berth to the Football Championship Subdivision playoffs. The ASUN now will be the 15th Division I conference sponsoring football with 20 total sports sponsored by the league.

The ASUN’s other members include Bellarmine, Florida Gulf Coast, Jacksonville, Liberty, Lipscomb, North Florida and Stetson in other sports. The league has members in seven states and 12 of the top 80 media markets.

"The entire Clarksville area is growing and APSU is central to that dynamic," ASUN Commissioner Ted Gumbart said. “The Governors carry an institutional reputation of academic and athletic success that we are extremely proud to add to the ASUN."

DeBauche said it's clearly a time of change for intercollegiate athletics, and the future lies in adding members. The OVC currently is talking with schools about joining the league based in Brentwood, Tennessee.

“We look forward to adding schools who, like the members of the OVC, are committed to our principles and our goals,” DeBauche said. "We invite other colleges who are seeking this type of conference experience, for the betterment of their institutions, to contact us. The OVC welcomes those conversations.”