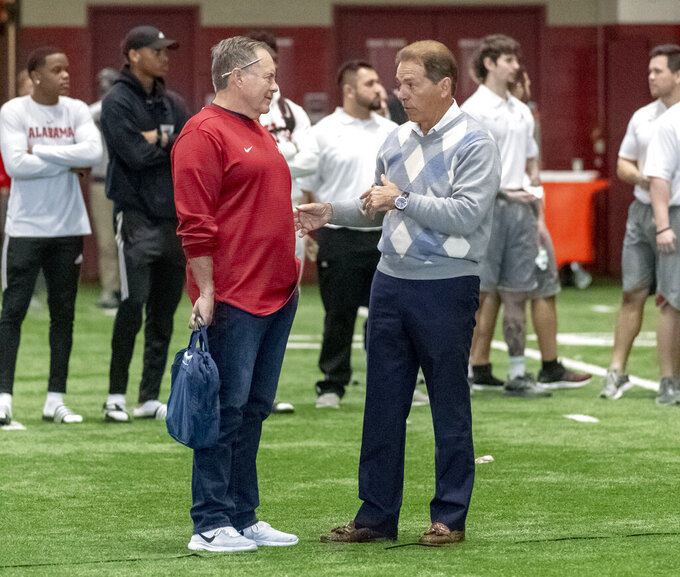 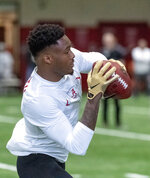 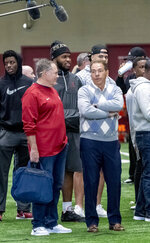 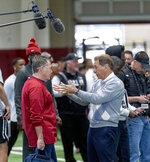 TUSCALOOSA, Ala. (AP) — There was no shortage of NFL executives on hand to watch several Crimson Tide players workout during Alabama's pro day ahead of next month's NFL draft.

Patriots coach Bill Belichick was on hand wearing an Alabama pullover as six Alabama players participated in some sort of drills on Tuesday, including projected first-round pick running back Josh Jacobs. Defensive tackle Quinnen Williams did not participate. He had a splint on his left pinky, which he broke against Auburn. He will be fine by the NFL draft in April.

Offensive tackle Jonah Williams did workout, and said it was "awesome."

"It's an opportunity you dream of as a kid, being able to work with all these NFL coaches," Jonah Williams aid. "It's the highest level of football. Always try to learn something from each drill."

The cadre of executives taking it all in included eight general managers, five of whom who have picks in the top 16. There was even a scout for the Saskatchewan Roughriders in attendance.

Belichick, with his Alabama gear, was one of two head coaches in attendance, the other was the Bengals' Zac Taylor.

"I didn't give it to him, but I'm glad he's got it," Alabama coach Nick Saban joked of Belichick's pullover.

Jacobs drew a lot of attention. He didn't participate in drills at the NFL Combine because of a groin injury, but worked out in almost every drill on Tuesday.

He also participated in running back drills, primarily blocking drills along with fellow running backs Damien Harris and Ronnie Clark.

"We try to create as many opportunities as we can to get them exposure," Saban said. "The best thing for our program now is for these guys to get drafted as high as they can, so we try to help them every way we can."

Other players showcased their skills, including junior linebacker Mack Wilson. He ran a 4.65 in the 40-yard dash, short of his goal of 4.5.

"At the end of the day, a coach from a national football team is going to want a guy with a great character and great work ethic," Wilson said. "My film is my resume."

Wilson feels he still can — and will — improve.

"I didn't have the perfect pro day. I didn't accomplish everything that I wanted to accomplish," Wilson said, "but I told my parents and my trainers 'as long as I'm happy, I want y'all to be happy.'"