Nebraska prepares for Sooners with 28-3 victory over Buffalo 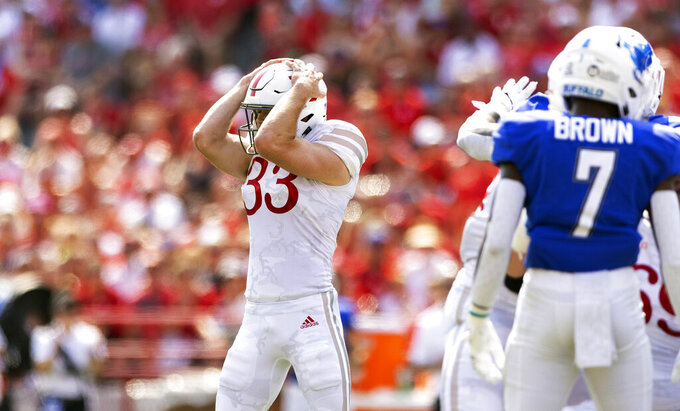 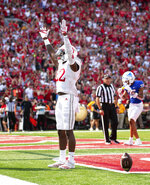 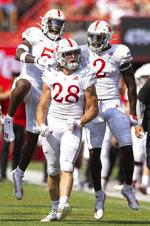 LINCOLN, Neb. (AP) — Before Saturday, it had been two years since Nebraska won consecutive games.

Never mind the Cornhuskers' 28-3 victory was against a Buffalo team from the Mid-American Conference and that it followed last week's win over Fordham of the Championship Subdivision.

Nebraska (2-1), trying to find traction under fourth-year coach Scott Frost, has lost games to teams from the MAC and Sun Belt Conference in recent seasons. So this was a sign of progress and very much needed considering what lies ahead.

“A win is a win in my book," quarterback Adrian Martinez said. “We knew we were capable of beating this team and we should beat them. There are a couple things we need to fix. We have a big game next week."

A big game, indeed. The Huskers go on the road to play their former Big Eight/Big 12 rival in No. 4 Oklahoma. The game marks the 50th anniversary of the 1971 “Game of the Century” that catapulted the Huskers to a second straight national championship.

Martinez played one of his best games in the tune-up for the Sooners, passing for 296 yards and a pair of 68-yard touchdowns to Samori Toure, and he also ran for 112 yards.

“I thought Adrian played another great game,” Frost said. “He’s a big-time player. He’s missing some weapons right now, some guys not in the game (because of injury). We should have scored more in the first half and didn’t and got bailed out by a couple big plays Samori and Adrian made.”

“Proud of the way our team competed, but there are no moral victories,” first-year Buffalo coach Maurice Linguist said. “I told the team this in the locker room, that we aren't fighting for moral victories because we prepare and we plan to win.”

Martinez was at his best making something out of nothing when plays broke down during an afternoon when the temperature reached the mid 90s.

Martinez looked as if he would get sacked on a third down from his 25, but he ducked and sidestepped the blitz and went 71 yards to set up Gabe Ervin's first short touchdown run.

In the second half, Martinez was flushed from the pocket and about to get tackled when he desperately shoveled the ball to Chris Hickman, who turned the play into a 27-yard gain.

Martinez's first touchdown pass came on a short toss to Toure, who turned it into a 68-yard catch-and-run. The second was a perfect strike Toure caught in stride running a post pattern.

Buffalo was the first Nebraska opponent held without a touchdown since the Huskers' 44-8 win over Northern Illinois on Sept. 14, 2019.

Luke Reimer, an inside linebacker who arrived at Nebraska as a walk-on two years ago, made a career-high 16 tackles.

With the Huskers up seven points, he made a shoestring tackle on Ron Cook in the first half to snuff out a fourth-and-3. Reimer later tipped the ball to himself for his first career interception and ran it back 22 yards to set up Ervin's second short touchdown run.

“That’s the stuff we’ve seen from Luke since his first day here,” Frost said. “We were lucky enough to get him to walk on. It was the second day we thought we should scholarship him. He’s going to make a lot of big plays here.”

Buffalo: The Bulls are a work in progress under first-year coach Maurice Linguist. Their aggressive downhill defense allowed the Huskers to break some big plays, and they were undisciplined with two unsportsmanlike conduct penalties and two facemasks.

Martinez's 408 yards of total offense was his sixth 400-yard game and school-record 15th with over 300. Martinez was the first player in 17 games that Buffalo allowed to rush for 100 yards.

THAT'S A LONG ONE

Buffalo's Vantrease had an 81-yard punt in the second quarter. It was the longest punt in the FBS this season and by a Nebraska opponent since 1995.