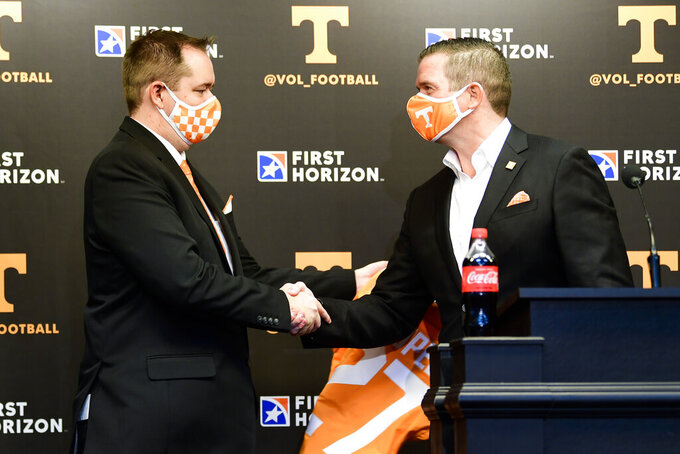 Heupel, who coached UCF from 2018-20, announced six of his assistant coaches on Monday.

Tennessee's other new assistants have contracts running through Jan. 31, 2023.

Elarbee was UCF’s offensive line coach from 2018-20 and also filled that role at Middle Tennessee, Houston, Arkansas State and Missouri. Halzle worked as an offensive analyst at UCF in 2019 before becoming quarterbacks coach in 2020.