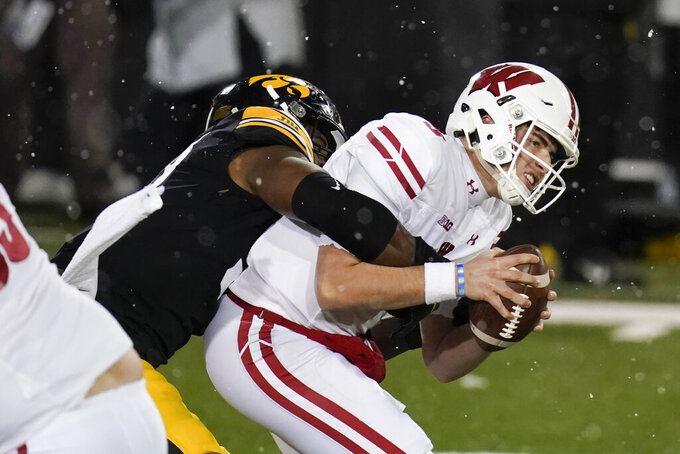 Missouri: RB Larry Rountree III has rushed for 972 yards and 14 touchdowns on 209 carries and ranks fourth in the SEC. He’s the 23rd SEC player to surpass 3,500 career yards rushing and has 40 touchdowns.

Iowa: DL Chauncey Golston has 5.5 sacks and 8.5 tackles for loss. He’s tied for third on the team with 45 tackles with an interception and a forced fumble on the Big Ten’s second-best defense (313.8 yards allowed per game).

Missouri: The Tigers just missed their second consecutive six-win regular season but are back in the postseason under first-year coach Eli Drinkwitz. They rebounded from an 0-2 start to win five of their final eight contests in an all-SEC slate and finished third in the East Division.

Iowa: The Hawkeyes enter with a six-game winning streak that earned second place in the Big Ten West Division. They outscored opponents 214-83 during the run, and their two losses were by a combined five points. Their defense ranked third in the conference in scoring defense (16.0). Iowa is 6-5 in bowl games against the current SEC lineup.

Missouri: First appearance in the Music City Bowl, 34th bowl appearance overall. The Tigers are 15-18 in bowls and fell 38-33 to Oklahoma State in the Liberty Bowl on Dec. 31, 2018. They’ve lost their last two postseason appearances.