Rutgers rallies to knock off Purdue 37-30 behind Langan 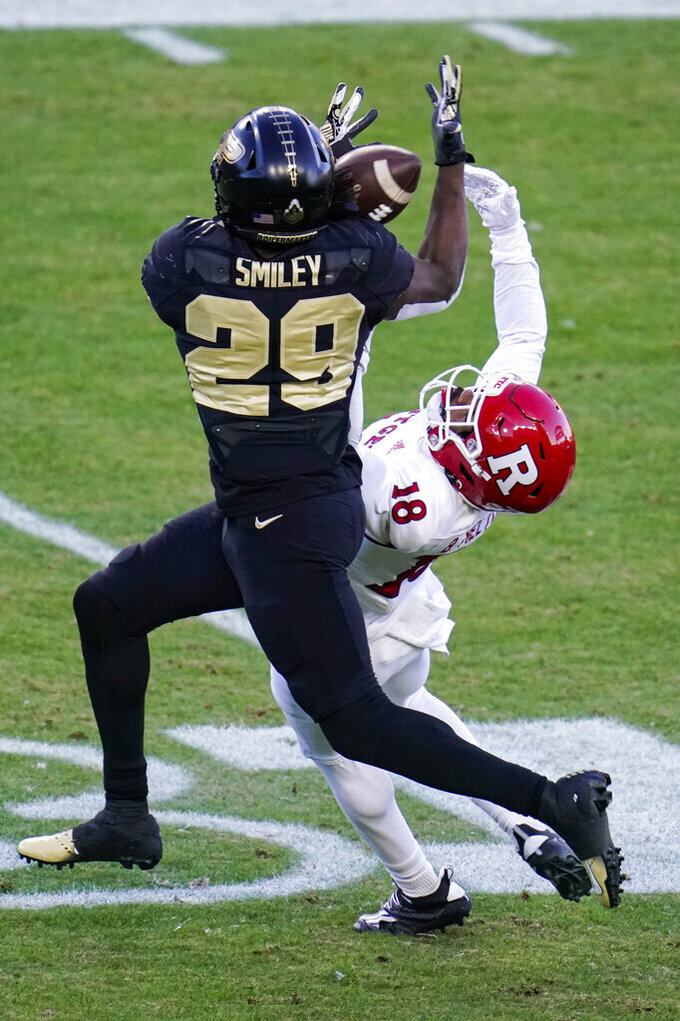 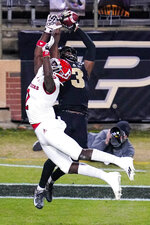 Langan completed all four passing attempts for 95 yards and ran for 95 yards on 21 carries as the Scarlet Knights rallied for a 37-30 victory over Purdue Saturday in Big Ten Conference action. Langan was used extensively in the second half for Artur Sitkowski. Sitkowski started in place of Noah Vedral, who was injured in the last game. Rutgers coach Greg Schiano said it was game time decision if Vedral could play.

“I thought both Artur and Johnny did a good job,” said Schiano, whose team improved to 2-4. “Johnny did a great job running the four-minute offense. We love how he competes. Artur ran the offense well and had a calming effect."

Sitkowski threw two touchdown passes in the first half.

“We played our brand of football, fast and physical,” Langan said. “I think all three of us (quarterbacks) have different skills so it makes it tough on other teams.”

The Scarlet Knights narrowed their 10-point halftime deficit to 23-20 on a 62-yard touchdown pass from Langan to Kay’Ron Adams with 12:29 left in the third quarter.

Purdue (2-3) answered with an 18-yard TD pass from Jack Plummer to David Bell for a 10-point advantage, but then the momentum shifted heavily in Rutgers’ favor when Aron Cruickshank responded with a 100-yard kickoff return for a TD.

“We’ve got to become a more mentally tough football team that learns to overcome things like that,” said Purdue coach Jeff Brohm, whose team has lost three straight. “We have to learn to fight and escape.”

Rutgers linebacker Mohamed Toure set up the next score by intercepting Plummer’s pass and returned it 13 yards to Purdue 49.

“Jack forced some things and that interception was big for them,” Brohm said.

The Scarlet Knights took a 34-30 lead on a 1-yard touchdown run by Aaron Young with 3:42 left in the third quarter.

Rutgers boosted the advantage to 37-30 on a 28-yard field goal by Valentino Ambrosio.

“They’re an explosive team, so we knew we had to shut them down defensively,” Schiano said.

Purdue took a 7-0 lead on an impressive opening drive, capped by a 1-yard TD pass from Plummer to Payne Durham.

Rutgers took a 13-7 lead when Sitkowski twice connected with Shameen Jones on a pair of 14-yard TD passes.

The second quarter was all Purdue with 16 unanswered points. After the Boilermakers failed on a fourth-and-2 pass play from the Rutgers 3, Purdue picked up a safety when defensive lineman Branson Deen tackled Sitkowski in the end zone.

The Boilermakers added touchdowns on 1-yard runs by Zander Horvath and Plummer to take a 23-13 halftime lead.

“He’s a big man and we didn’t tackle him well in the first half,” Schiano said. “I thought Tre Avery did a good job sticking on Rondale Moore.”

Rutgers: The Scarlet Knights got a huge second-half lift from backup quarterback Johnny Langan, who was able to put the Boilermakers defense off balance with some big runs and a big TD pass.

Purdue: The Boilermakers faded in the second half as their offense sputtered and had trouble keeping the Scarlet Knights offense off the field. A big special teams error didn’t help as Purdue allowed its first kickoff return for a TD since 2013.

Purdue’s linebacker Derrick Barnes was called for a personal foul and disqualified for targeting on the touchdown drive that put Rutgers ahead 34-30.

Schiano said that was obviously a huge loss for the Purdue defense.