Is there really a quarterback competition at Ohio State? 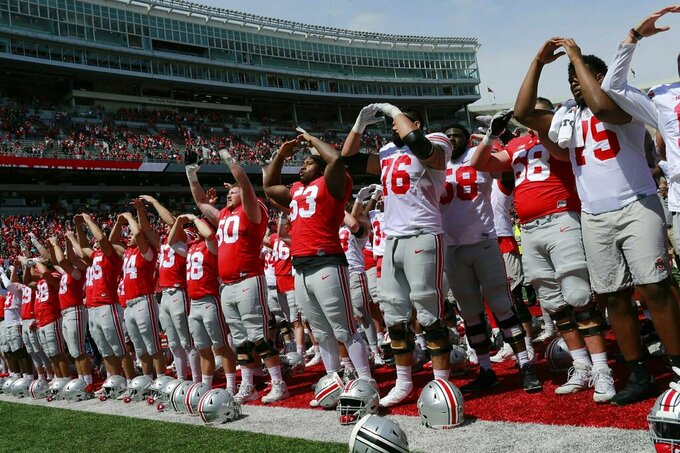 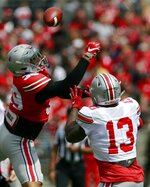 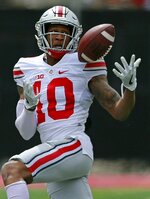 He contends redshirt freshman Matthew Baldwin, who spent last season rehabbing a knee injury, has a chance to beat out the much-ballyhooed Justin Fields, a Georgia transfer and former five-star recruit in 2018.

"I don't really know right now," Day insisted after both quarterbacks showed potential in the spring game Saturday. "I'm going to keep looking at it. I know I keep saying that to you and everybody wants to know, but I don't think right now we're going to make a decision on that. I think it will continue through the preseason."

Make no mistake, though, the arrival of Fields was a seismic game-changer for Ohio State, which was losing Heisman finalist Dwayne Haskins Jr. to the NFL draft.

When the news came out that Fields was jumping schools, Tate Martell, last year's backup and seemingly the heir apparent at Ohio State, quickly announced his transfer and caught on with Miami.

The mobile and undersized Martell saw the writing on the wall after Urban Meyer decided to retire. Fields was a guy who fit right into Day's offensive plan, the one that made a superstar out of the rifle-armed Haskins in his one and only year as a starter.

Next in line was Baldwin , who started for one season in high school, injured a knee in his last prep game in 2017 and has yet to play in a college game.

For what it's worth, both had their moments in the spring game, with the advantage of wearing no-contact jerseys in a scrimmage that had limited tackling.

"They both flashed at times," Day said. "It's still a work in progress."

Both quarterbacks provided some highlights, but Fields had the play of the day. His 98-yard hook up for a touchdown with Benjamin Victor in the second quarter was a good looking deep ball down the sideline. Fields also had a 5-yard TD run. Baldwin threw two touchdown passes, one to promising freshman Garrett Wilson.

The book on Fields is that he can make most of the passes Haskins did but is more mobile. Baldwin — personally recruited by Day out of Texas — can sling it, too.

But Fields — who acknowledges he chose Ohio State because he sees it as his quickest and best route to the NFL — is Day's biggest prize thus far.

"(Fields) made plays," Day said earlier in the spring. "Came out with a good attitude in terms of understanding what it takes to be a quarterback preparation-wise. Did a good job early on. So he's picked it up pretty quickly overall. The fact that he's able to kind of run the offense right now with not a lot of reps under his belt is pretty significant."

Fields is saying all the right things.

"I knew I would kind have to work to get the starting job," he said. "I mean, coach Day didn't promise me anything. He told me I would have to come in here and work for it, so I'm just looking forward to getting better."

Baldwin contends he wasn't surprised or deflated when Ohio State went after and landed Fields. When asked about his chances to start, Baldwin noted that Fields went to Georgia expecting to play and then got stuck behind Fromm on the depth chart.

"That's part of making your decision — are you going to have a chance to play?" Baldwin said. "That's something I definitely thought I had coming in here. It is a different thing when they bring in (new) guys, but every coach, if there is a chance to get a really good player they're going to go out and get him. So that's just something you have to accept and move forward."

NOTES: Thayer Munford, the only returning starter on the offensive line, missed spring practice due to and injury, as did safety Jordan Fuller. Also held out of the spring game due to injuries were linebacker Tuf Borland and running back DeMario McCall. ... Punter Drue Chrisman proposed to his girlfriend , Avery Eliason, on the field at halftime. She said yes.