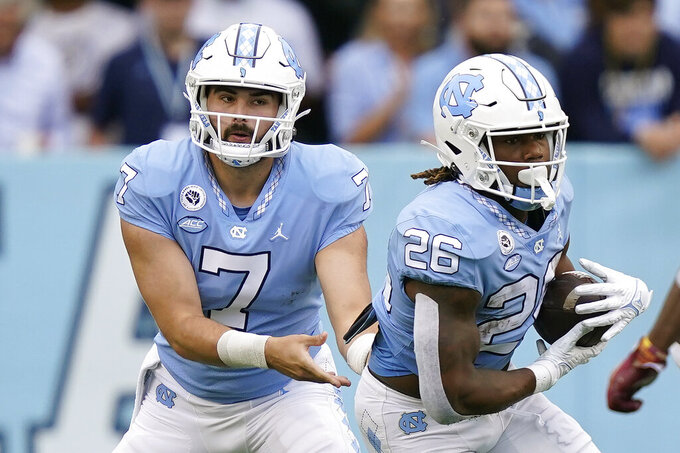 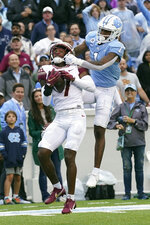 The Seminoles (2-4, 2-2 Atlantic Coast Conference) have won back-to-back games for the first time since 2019.

“It has been a roller coaster this whole season,” Travis said. “The boys came out today and we responded. We went down 10-0 pretty early.”

Travis ran for 121 yards on 14 carries and completed 11 of 13 passes for 145 yards. Two of his touchdown throws went to Ontaria Wilson and another to Malik McClain.

The Tar Heels (3-3, 2-3), who began the season in the Top 10, lost for the first time in four home outings despite two touchdown passes and 108 yards rushing from quarterback Sam Howell.

Howell hit Kamari Morales in the end zone on a 21-yard play on North Carolina’s first possession of the second half to close within 21-17.

“We know how we play and how we’re supposed to play,” said Florida State cornerback Jarrian Jones, who had an interception in the end zone in the second quarter. “Going on the road, nobody really gives you a chance, especially us being 1-4. We believe in us.”

North Carolina coach Mack Brown fell to 0-11 vs. his alma mater (including 0-8 while in charge of the Tar Heels).

“We’re not good enough to win unless we play well,” Brown said.

“To be able to come on the road and do the things we did, it was a challenge,” Norvell said.

Travis, who sparked an upset of a then-unbeaten North Carolina team last October, ran 53 yards for a second-quarter touchdown as the Seminoles took a 14-10 lead. He had 87 yards on the ground in the first half.

“I was able to cut upfield and make a play,” Travis said of the long run. “But once again, I couldn’t do it without the guys blocking in front of me.”

Travis threw 32 yards to Wilson for a touchdown on Florida State’s next possession to stretch the lead with 53 seconds left in the half.

“The two or three deep balls that he hit were the difference in the ball game,” Brown said of Travis.

North Carolina’s Josh Downs, who hauled in a 33-yard pass for the game’s first touchdown, has caught at least one touchdown pass in every game this season.

Florida State: The Seminoles are 5-10 in two seasons under Norvell. Two of the victories have come against North Carolina. This marked Florida State’s first visit to Chapel Hill since 2009, and it improved to 8-1 in all-time trips here.

The Seminoles might regain some of their swagger after rebounding from a winless September.

“Confidence is one of the biggest things in football,” Travis said. “… (You have to) lock in. The guys have done a great job of that.”

Much of that success came with good variety on offense. The Seminoles averaged 5.8 yards per rush, while Travis had a season-high total of yards passing.

WHAT HAS GONE WRONG?

North Carolina is halfway through its schedule and already has been inflicted with as many losses as all of the 2020 regular season.

Brown, whose team was hit with 12 penalties for 110 yards Saturday, said the expectations for this year have been out of kilter. Still, a second double-digit margin setback is disturbing.

“We can learn from this. Learn from what we didn’t do well,” Brown said. “Learn from momentum changes. Learn from being down, being frustrated.”