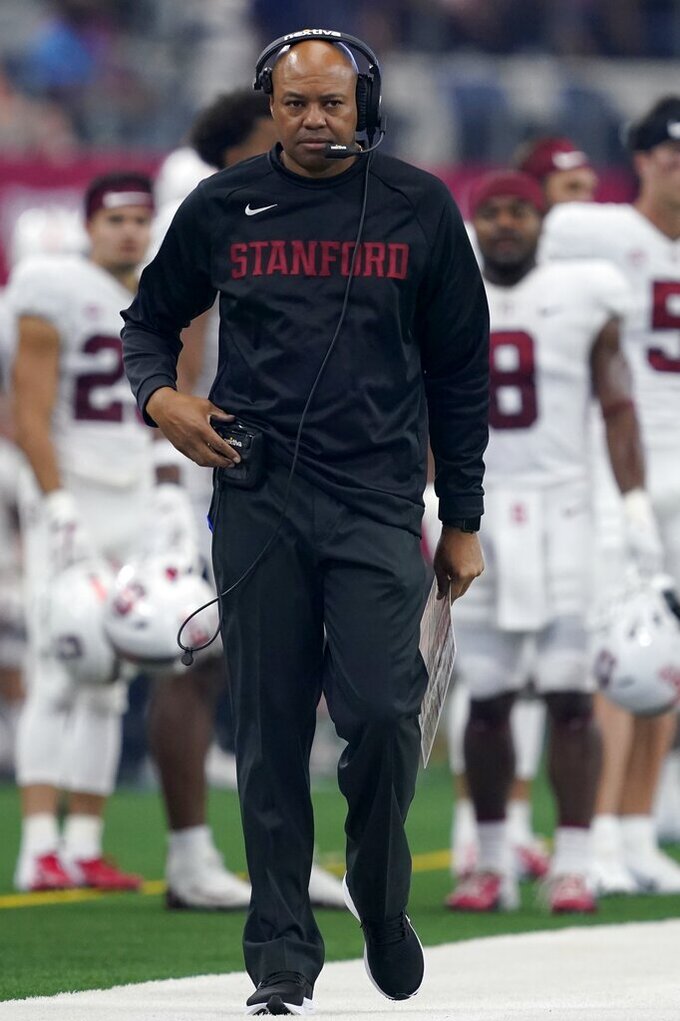 LOS ANGELES (AP) — For the first time in many years, Stanford's annual way-too-early meeting with No. 14 Southern California actually feels overdue this month.

That's because the Pac-12's two California private schools didn't face each other at all last year, thanks to the coronavirus pandemic. A rivalry dating to 1905 was interrupted for the first time since 1945.

With the matchup set to resume Saturday night at the Coliseum, both schools are grateful their dual commitment to an annual showdown with Notre Dame means their own head-to-head matchup must be held in mid-September.

“This has really become a big rivalry game,” said USC coach Clay Helton, who has been on the Trojans' staff for 12 years. “It's one of those games that have really set the tone for the rest of the season. ... It's always an early test, and it's always just a physical battle. You come out of this game, and everybody is black and blue.”

“Absolutely missed playing them last year,” Shaw said. “I’m a West Coast kid. I’m a Pac-8, Pac-10, Pac-12 guy, and Stanford-SC always play. There’s a lot of crossover with our alumni, a lot of communication with our alumni. It’s always a special game. When we were becoming the Pac-12, I was one that raised Stanford and Cal need to play SC and UCLA, regardless. We have some great traditions there. I did miss playing them.

"If you’re a competitor, it’s what you look forward to.”

Stanford (0-1) will start sophomore quarterback Tanner McKee after Shaw used both McKee and senior Jack West in a 24-7, season-opening loss to Kansas State.

The Cardinal managed just 233 yards of offense in their opener, but Shaw believes getting the running game going from the opening snap will take some pressure off McKee in his first start.

“The more dominant we can be in the run game, the better we’re going to be as a team,” right guard Branson Bragg said. “And that’s part of what stinks is that we didn’t get the running game going Saturday really at all, and that hurts as an offensive lineman, the guy whose job is to open up the holes and let the running backs run through. We just have to improve.”

USC's defense is coming off a solid debut in which it allowed just seven points to a strong San Jose State offense. Preparing for the possibility of Stanford using two quarterbacks is a challenge, but Helton is comfortable with it.

USC’s version of the Air Raid offense was inconsistent in its opener against San Jose State. Kedon Slovis passed for 256 yards and two touchdowns, but roughly half of that production went through star receiver Drake London.

“We’ve got to get the unit going, and that’s partly on me,” Slovis said. “I’ve got to get us going. Getting a couple of first downs means a lot.”

Inside linebacker Jacob Mangum-Farrar is expected to return for the Cardinal after he didn’t play last season with an injury and appeared in only two games in 2019 before a season-ending injury. Stanford’s linebacking corps is one of the deeper units on the team this season after struggling through multiple injuries in 2020.

“It will be great to have Jacob back,” Shaw said.