South Carolina players opt out, others out with injuries 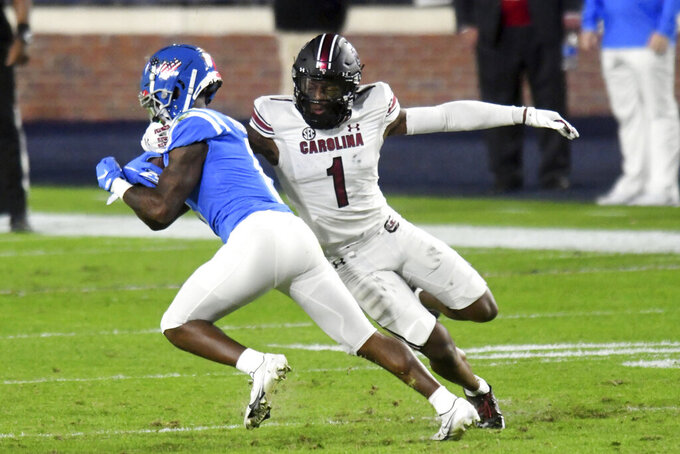 COLUMBIA, S.C. (AP) — South Carolina has lost another starting cornerback in Israel Mukuamu after he opted out of the season, joining his defensive backfield partner Jaycee Horn in preparing for the upcoming NFL draft.

Mukuamu is a 6-foot-4, 205 pound junior who was an all-Southeastern Conference second-team selection in 2019. He and Horn shared the team lead with two interceptions each.

Horn announced his decision to opt out Monday.

Bobo, the first-year offensive coordinator, was named to take over for Muschamp. Bobo said that defensive line starters Aaron Sterling and Brad Johnson are out for the year with injuries.