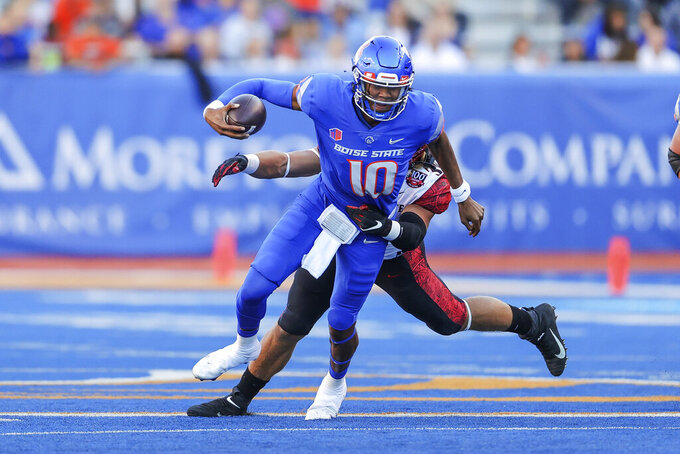 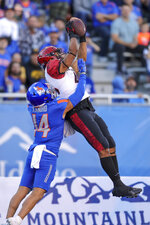 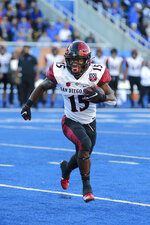 BOISE, Idaho (AP) — Quarterback Taylen Green and George Holani each had more than 100 yards rushing and a pair of touchdowns, and Boise State shut out San Diego State in the second half and rolled to a 35-13 victory on Friday night.

Bachmeier started 29 games over a four-year career, throwing for more than 6,600 yards and 41 touchdowns. Yet he completed a career-low 54% of his passes for fewer than 500 yards in four games this season.

The Aztecs jumped out to a 13-0 halftime lead before Green ran for a 17-yard touchdown. Holani's 12-yarder gave the Broncos the lead for good. Green's 39-yard TD run stretched the Broncos' lead to 28-13, and Holani capped the scoring with a 29-yard scoring run.

Tyrell Shavers had a 36-yard punt return for a touchdown midway through the second quarter for San Diego State (2-3, 0-1).

It was Boise State’s first win over San Diego State since 2017.