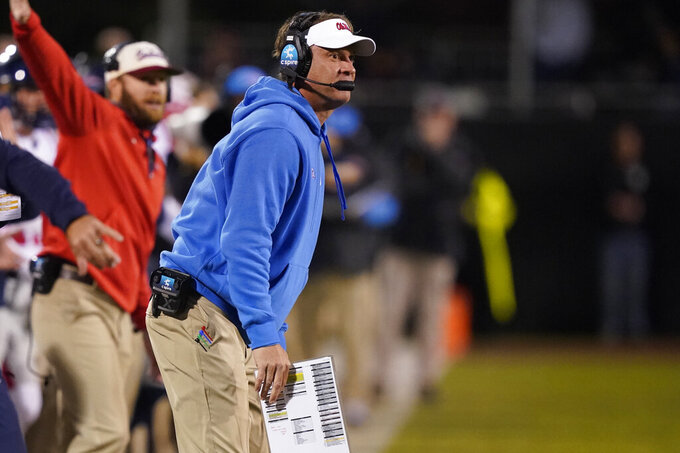 OXFORD, Miss. (AP) — Mississippi and Lane Kiffin have agreed to a new contract after the program's first 10-win regular season.

Vice Chancellor for Intercollegiate Athletics Keith Carter Saturday announced what the school described as a new deal. The school didn't release any details of the contract.

Kiffin led No. 8 Ole Miss to a 10-2 regular season, including a 7-0 record at Vaught-Hemingway Stadium in his second year. The Rebels are headed to a New Year's Six bowl.

“We are committed to winning championships at Ole Miss, and Coach Kiffin is the person to lead us to those heights,” Carter said.

The Rebels have led the Southeastern Conference in total offense in each of Kiffin's first two seasons, and quarterback Matt Corral emerged as a Heisman Trophy candidate this year.

The school had announced a new deal with Kiffin in January hours before the Outback Bowl, the Rebels' first bowl appearance in five seasons.