In college football, the 1980s belonged to Miami 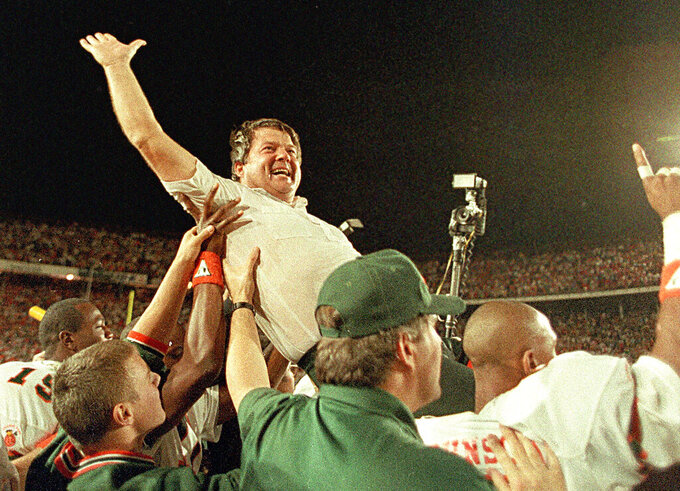 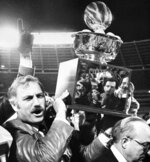 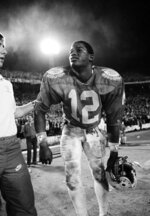 CORAL GABLES, Fla. (AP) — No one could have seen this coming.

That is, except Howard Schnellenberger.

Miami was the epitome of mediocre in the 1970s, spending only six weeks of that decade as a nationally ranked team. The Hurricanes' best single-season record in those 10 years was only 6-5. They went through seven coaches in the decade, and went to zero bowl games. And their record against ranked teams in that stretch was a putrid 4-32.

"I think it's evident," Schnellenberger said, "that there was room for improvement."

Led by Schnellenberger, who went from sounding slightly overzealous when he got hired at Miami and talked about winning a national title to sounding totally prophetic when he made it happen. With three national titles in the 1980s — all under different coaches, each of whom had a role in planting the seeds for what became five titles in a 19-season stretch — the Hurricanes owned the decade.

They weren't in the most Associated Press football polls in the 1980s, nor did they have the most wins.

But they were the only team with three titles in the decade, and in the words of Pro Football Hall of Famer Michael Irvin, they accomplished something even more meaningful.

"What we did then still holds up," said Irvin, a Hurricanes legend whose son now plays at Miami. "The University of Miami changed the game of college football in the 1980s."

They were bold and brash, too much for many pundits. It was national news when they got off the plane for the Fiesta Bowl at the end of the 1986 season wearing military fatigues. Miami wasn't exactly an endearing city at that time, probably best known in those days for what people were seeing on "Miami Vice" more than anything else.

The Hurricanes changed that.

Georgia, Clemson, Penn State, BYU, Oklahoma and Notre Dame also won titles during the 1980s, but no one got more than Miami's three (and it could have easily been more). They had some help — the first two national titles were won in what essentially were home games at the Orange Bowl, and the 1983 crown likely wouldn't have been theirs at all if Nebraska hadn't gone for a 2-point conversion late in what became Miami's 31-30 championship-securing win over the Cornhuskers.

"It's a blessing. It really is," Irvin said. "It is amazing, amazing when you step back and think about it."

Nebraska appeared in 98.76 percent of all polls taken.

(Notable: Miami won three national titles in the decade, Penn State won two, and yet neither appeared in as many polls as the Cornhuskers, Sooners or Crimson Tide.)

Miami-Notre Dame. In 1985, there was the 58-7 Hurricane romp that brought the Gerry Faust era in South Bend to a most unceremonious end. In 1988, there was the so-called "Catholics vs. Convicts" matchup, a game where Notre Dame won 31-30 and Miami fans still insist that Cleveland Gary scored on a play that was ruled a fumble at the Irish 1. In 1989, there was Miami's 3rd-and-43 conversion for a first down. There's deeper-rooted rivalries all over college football, but in the '80s Irish vs. Hurricanes was appointment television.

There were plenty of great seasons turned in by teams in the 1980s — Georgia (1980), Clemson (1981), BYU (1984), Penn State (1986), Miami (1987) and Notre Dame (1988) all went unbeaten. But even while Nebraska and Oklahoma were consistently strong, it was Miami that went from also-rans to pariah almost overnight. The Hurricanes' success helped further open South Florida's fertile recruiting grounds as well, since most schools were quick studies in figuring out that players from the Miami area were largely the backbone of the school's rapid rise.