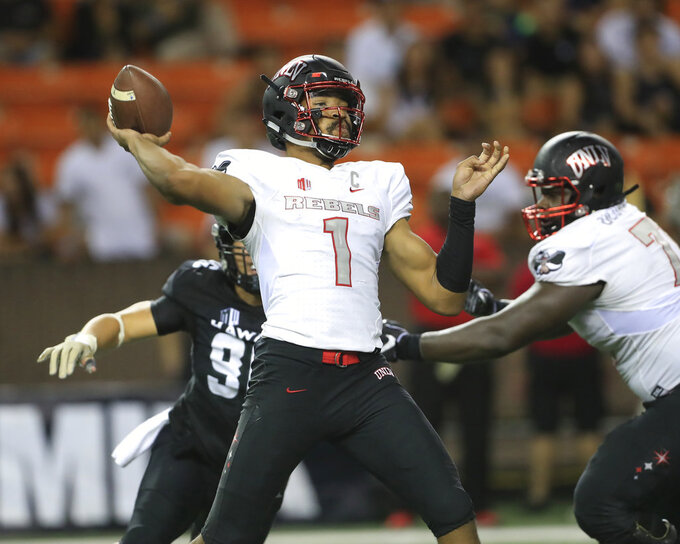 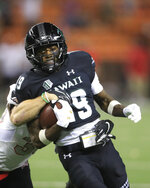 Cordeiro replaced starter Cole McDonald and, on the first play, threw a 64-yard touchdown pass to JoJo Ward and then hit John Ursua for the 2-point conversion to trim Hawaii's deficit to 28-21 with 11:42 to play. On UNLV's ensuing drive, Lexington Thomas was dropped for a 2-yard loss by Penei Pavihi on fourth-and-2 and the Rainbow Warriors possession near midfield. Cordeiro ran for a 17-yard gain on third-and-9 and then, two plays later on third-and-5, connected with Ward for a 20-yard TD to tie it with 4:23 left. Pavihi sacked Armani Rogers for a 3-yard loss on third-and-8 before Cordeiro hit Ursua in stride on the right sideline for a 68-yard touchdown less than three minutes later.