Cornhuskers looking to bounce back against FCS North Dakota 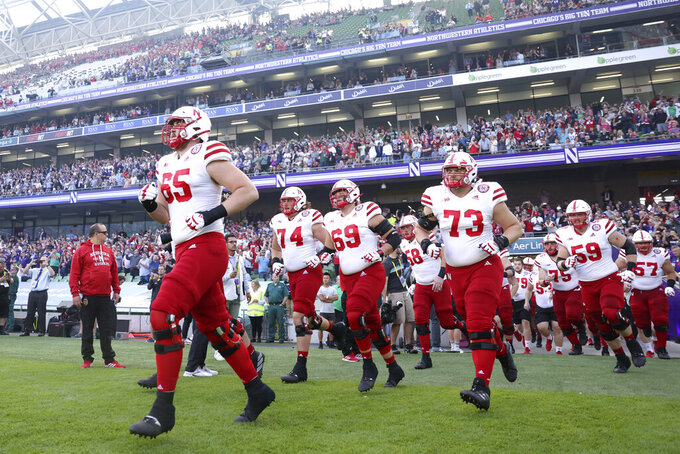 Nebraska desperately needs to bounce back after the 31-28 loss to Northwestern in Ireland ratcheted up the heat on Scott Frost. The Cornhuskers are 13-0 against Football Championship Subdivision opponents and should win easily, the key word being “should.” North Dakota will play a Power Five opponent for the fourth time since its Division I era started in 2008. The Fighting Hawks are 1-9 against Bowl Subdivision opponents, their only win coming against Wyoming in 2015.

North Dakota plays an aggressive defensive style, and Nebraska's offensive line and running backs will need to be ready for a bevy of blitzes. The Hawks bring back only four defensive starters, but one of them is leading tackler Devon Krzanowski at middle linebacker. The Huskers' offensive line is looking for a more polished performance after clearing the way for just 3.5 yards per rush against Northwestern (2.1 not counting Anthony Grant's 46-yard touchdown run) and giving up a couple sacks.

North Dakota: QB Tommy Schuster gives the Hawks a steady hand after starting 18 games, including all 11 last season. He threw for a career-high 345 yards in his previous start against an FBS team, 2021 Mountain West champion Utah State, and his completion rate of 65.5% led the Missouri Valley Conference.

Nebraska: DE Ochaun Mathis came to Nebraska to be a disruptor. The heralded TCU transfer made a quiet 10 tackles against Northwestern, only one in the second half, and had no quarterback hurries. The Huskers need more from him.

Nebraska won the only previous meeting, 33-0, in 1961. ... North Dakota will be paid a $515,000 guarantee for this game and $560,000 for a return visit in 2026. ... Casey Thompson's 355 yards passing against Northwestern was a Nebraska record for a quarterback in his first start. ... The Hawks ranked third in the FCS in sacks allowed at 0.71 per game. ... Bubba Schweigert enters his ninth season at North Dakota coach with a 47-40 record, including 5-6 last season. The Hawks are picked seventh in the 11-team Missouri Valley Conference preseason poll.