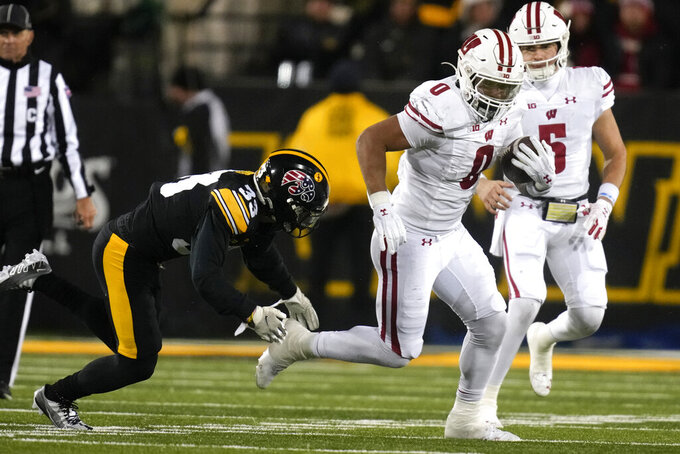 The Badgers’ pregame status report lists Allen as out due to an injured right leg. Allen, who has been playing with a shoulder injury late this season, hurt his ankle last week in a 15-14 victory at Nebraska.

Allen has rushed for 1,126 yards and 10 touchdowns this season.

Wisconsin also will be playing the first half of Saturday’s game without star outside linebacker Nick Herbig, who was penalized for targeting in the second half of the Nebraska game. Herbig has 11 sacks this season and leads all Football Bowl Subdivision players with 1.1 sacks per game.

The injury to Allen likely will force Wisconsin to rely on Chez Mellusi and Isaac Guerendo to lead its rushing attack. Mellusi missed five games with a wrist injury this season before returning to rush for 98 yards against Nebraska.