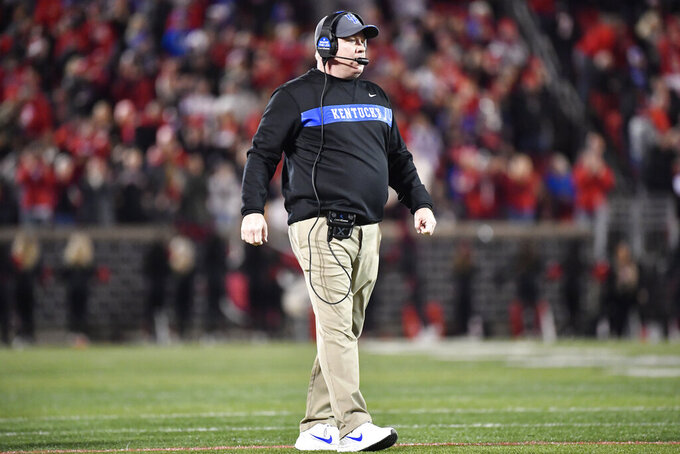 LEXINGTON, Ky. (AP) — Kentucky coach Mark Stoops has agreed to a contract extension that will keep him with the No. 25 Wildcats through June 2028.

Stoops’ deal is being finalized, but will continue to include guaranteed extensions of one year for a seven-win season and two years for a 10-win finish. A release Tuesday stated Stoops earned a one-year extension through 2027 with Kentucky’s current 9-3 record.

Stoops said in the release that he and athletic director Mitch Barnhart came to an agreement “a week or two ago” and shook hands on Saturday afternoon.

“I’m excited to continue to build this program to national prominence,” Stoops said in the release. “We’re on our way and I’m more confident in Kentucky football than I’ve ever been.”

Stoops is 58-53 in nine seasons with the Wildcats and has earned a sixth consecutive postseason appearance. His name had surfaced in recent days amid speculation about openings at LSU — which on Monday hired Brian Kelly from Notre Dame — and Oklahoma, where his brother, Bob, coached. Florida had also been mentioned as a possibility before it hired Billy Napier on Sunday.

Instead, Stoops is staying in Lexington and Barnhart said he is “excited” about the commitment.

“Coach Stoops has done an outstanding job in building the UK football program and we look forward to continued success under his leadership,” the AD added.