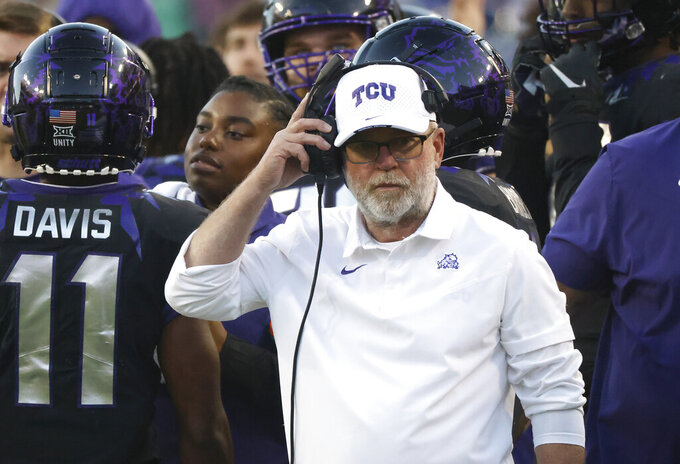 Line: Minnesota by 36½, according to FanDuel Sportsbook.

Minnesota brings back four sixth-year standouts on offense in quarterback Tanner Morgan, running back Mo Ibrahim, wide receiver Chris Autman-Bell and center John Michael Schmitz. They have nicknamed themselves the “ Encore Four " in their quest to win the Big Ten West Division after a 9-4 finish in 2021. Ibrahim tore his Achilles in the opener against Ohio State last year. New Mexico State's new coach is none other than Jerry Kill, who stepped down midway through his fifth season with the Gophers in 2015 for health problems related to his epilepsy. Kill has been critical of Minnesota since he left, upset by the firing of his successor Tracy Claeys and the assessment of the program by current coach P.J. Fleck upon arrival in 2017. The Aggies, who are in their fifth straight season as a football independent, will join Conference USA next year.

New Mexico State QBs vs. Minnesota DL. Aggies junior college transfer Diego Pavia lost a fumble and threw three interceptions in an opening 23-12 loss to Nevada on Saturday, when true freshman Gavin Frakes took over in the fourth quarter. Whoever starts and finishes at quarterback will be facing a remade Gophers front, after losing three of four starters, including NFL draft picks Boye Mafe and Esezi Otomewo. Defensive tackle Trill Carter is the lone returning starter on the line.

Minnesota: LT Aireontae Ersery replaces NFL draft pick Daniel Faalele as the protector of Morgan's blind side. Fleck has called the 6-foot-6, 325-pound Ersery, a native of Kansas City, Missouri, the best offensive lineman prospect he has ever coached.