Name dropping: A few up-and-comers who may make mark in '20 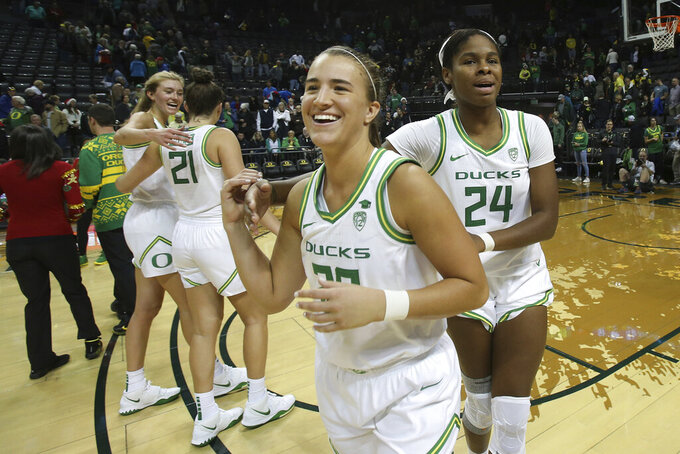 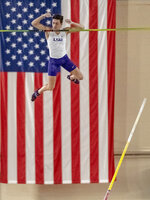 Some are already on the ascent (rock climber Brooke Raboutou). Others are currently making waves (surfer Kanoa Igarashi) or shooting for the stars (skateboarder Poppy Starr Olsen).

The names of Raboutou, Igarashi and Olsen may not ring a bell now. That could change in a few months when their sports make Olympic debuts this summer at the Tokyo Games.

They're just a few of the emerging athletes to keep close tabs on heading into 2020.

Or the Josh Allens. That's right, plural, because it was a good year to be named Josh Allen in the NFL.

Two other stars to emerge in 2019 were New York Mets slugger Pete Alonso ( 53 home runs, NL rookie of the year) and Tour de France winner Egan Bernal. The NBA's No. 1 pick, Zion Williamson, remains in a holding pattern due to a knee injury. The New Orleans Pelicans rookie could be considered a carryover with the calendar about to flip.

Let's name-drop a few on the rise:

—Igarashi, surfing, Japan. His father grew up surfing in Japan before moving to Huntington Beach, California, to be in the heart of surf country. T he 22-year-old Igarashi has dual citizenship and elected to compete for Japan, where he's already a household name and been featured on a reality TV show.

—Raboutou, climber, U.S. She's the first U.S. female climber to qualify for Tokyo. The teenager grew up with world-class climbing parents and split her time between Colorado and France. She's a student at the University of San Diego majoring in business.

—Olsen, skateboarding, Australia. The 19-year-old finished fourth at the Park World Championship in Brazil in September. There will be two skateboard disciplines contested in Tokyo — park and street.

—Joe Burrow, football, LSU. OK, he's not technically an “emerging star.” He's already emerged — at least on the college level after winning the Heisman Trophy and leading the Tigers to the national championship game. Next step, the NFL. Burrow could be the top pick by the Cincinnati Bengals in the upcoming draft.

—E.J. Smith, football, Stanford. The son of Hall of Fame running back and former Florida star Emmitt Smith w ill forge his own path with the Cardinal.

— James Wiseman, basketball, Memphis. C ould be the No. 1 pick in the NBA draft over the summer after withdrawing from classes at Memphis in December. His decision ended Wiseman’s tumultuous college career and his battles with the NCAA.

— Jo Adell, baseball, L.A. Angels. Might break spring training as an outfielder for the Angels this season and be in the running for rookie of the year. He hit .289 with 10 homers in three minor league stops last season. Was drafted 10th overall by the Angels in 2017.

—Alexis Lafreniere, hockey, Canada. The 6-foot-1 forward may be the No. 1 pick in the 2020 NHL draft. He has 23 goals and 47 assists in 32 games for Rimouski Oceanic of the Quebec Major Junior Hockey League. He's with Team Canada for the world junior hockey championship, but is currently sidelined by a knee injury.

— Matthew Wolff, golf, U.S. Won the 3M Open in July. He spent two seasons at Oklahoma State, where he was a two-time All-American and won the 2019 NCAA individual title.

—M aria Fassi, golf, Mexico. Won the NCAA women's individual title in May while at Arkansas. Turned pro and has earned $129,164 so far.

—Rose Lavelle, soccer, U.S. She sc ored a goal for the Americans in the World Cup final win over the Netherlands. Could be a big factor for the U.S. at the Tokyo Games.

—Amanda Anisimova, tennis, U.S. T he teenager advanced to the semifinal of the 2019 French Open before falling to eventual champion Ash Barty of Australia. Anisimova was born in New Jersey to Russian parents and moved to Florida when she was young.

—Regan Smith, swimmer, U.S. The teenager from Minnesota broke the world record in the 200 back at the world championships in South Korea in July. Smith turns 18 on Feb. 9.

—Sydney McLaughlin, 400 hurdles, U.S. T he 20-year-old from New Jersey finished second to Dalilah Muhammad at the world championships. Muhammad set a world record in Qatar (52.16 seconds), with McLaughlin right on her heels. That record may keeping going lower and lower.

—Nyjah Huston, skateboarding, U.S. He's already a big name in the skateboarding world. Nike even made a shoe for him. At 25, he very well could be the one to beat.

—Sabrina Ionescu, women's hoops, University of Oregon. The point guard could be the top pick in the 2020 WNBA draft. Was named an Associated Press first team All-American last season.

—Vergil Ortiz Jr., welterweight prospect, U.S. The boxer from Texas went 4-0 this year against an array of elite title contenders to improve to 15-0 with 15 knockouts. He seems certain to contend for world titles soon with his crowd-pleasing style of fighting.