New normal: Most recruits choosing to sign in December 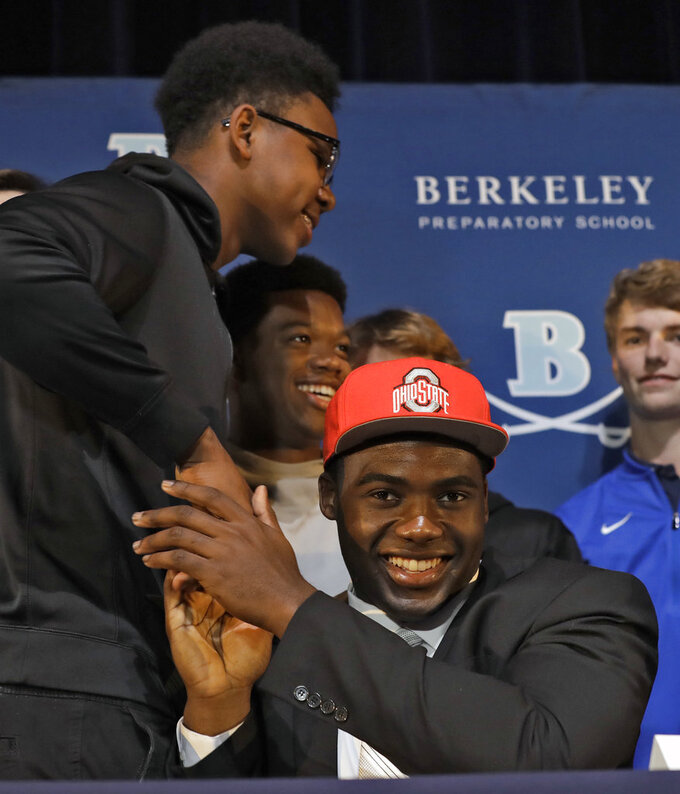 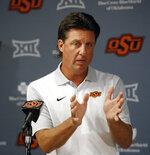 College football fans used to treat the first Wednesday of February like a virtual national holiday. Now that recruiting ritual and all the madness surrounding it has shifted to December.

Most schools are signing nearly all their incoming recruits the week before Christmas.

The arrival of an early signing period last year enticed the vast majority of last year's top seniors to finalize their college plans in December . Coaches and recruiting analysts expect that pattern to continue for the foreseeable future — and they've planned accordingly.

"I just think everybody sees (December) as the new signing date, in my opinion," Oklahoma State coach Mike Gundy said.

This year's early signing period begins Wednesday and runs through Friday. Seniors also have the option of waiting until the Feb. 6 signing date. ESPN director of recruiting Tom Luginbill said 72 percent of last year's recruiting class signed in December rather than February.

"I would be surprised if that's not closer to 75-80 this time around," Luginbill said.

Rollinson, the high school coach for current Southern California quarterback J.T. Daniels and receiver Amon-Ra St. Brown, said many seniors want to sign now because they're tired of the recruiting process. Other seniors might feel pressure to get it over with now because so many of their classmates are already signing early.

"Right now statistically I'm hearing anywhere from 80-85 percent of the top players are going to sign Wednesday," Rollinson said. "Well, if I'm a parent, I'm looking at that and saying we'd better be careful here, get signed and lock down this scholarship and not take our chances with a pool of 15 percent or 20 percent of the scholarships that are still available."

The arrival of a December signing period created uncertainty in last year's recruiting cycle because nobody knew just how many seniors would end their college selection process before the winter holidays.

Now they have a better idea.

"I think all of us coaches would tell you it surprised us that so many kids wanted to get it done and signed in December," Texas coach Tom Herman said.

The change in the recruiting calendar has forced most programs to adjust. That includes offering prospects earlier and getting more of them on campus for official visits in the spring.

Once this early signing period has ended, most teams will only be pursuing a few more high school seniors while shifting their attention to the sophomore and junior classes.

"The way you go about your business has totally changed," Texas A&M coach Jimbo Fisher said.

Coaches aren't the only ones adapting. ESPN has altered its recruiting coverage based on what happened during the first year of the early signing period.

There could be a little more suspense with this early signing period, as Rivals director of recruiting Mike Farrell said more high-level recruits entered December undecided than at this time a year ago. Seven of Rivals' top 14 senior prospects remain uncommitted.

There's also a new wrinkle. Barton Simmons, the 247Sports director of scouting, said some players plan to sign this week but want to keep their decisions secret until they announce their plans at upcoming high school all-star games.

"We'll see if that's feasible for them, whether they can keep it quiet or if it's going to leak," Simmons said.

Alabama leads the 247Sports Composite team standings and is followed in order by Georgia, Texas A&M, LSU and Oregon. Simmons said the team standings probably won't change dramatically by the end of the week, though he mentioned Tennessee (currently 16th), Michigan (9th), Florida (21st) and Southern California (28th) as teams that could make a move.

Nearly all those teams will have signed most of their classes by the end of the week.

"Teams have just moved the goalposts up," Simmons said. "They've effectively reassessed where the finish line is - and they're calling the finish line December. Obviously if there's more work to be done in January, you do it and there's going to be some guys you have to keep on chasing, but most programs are (working) toward making this early signing period the one where they lock everybody up."