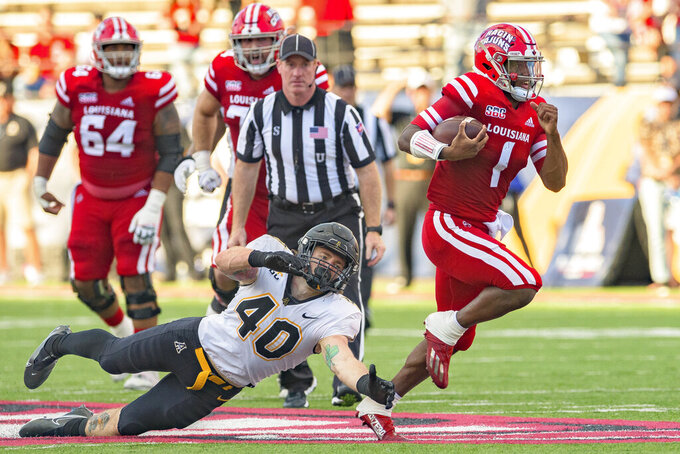 Line: Louisiana-Lafayette by 4, according to FanDuel Sportsbook

Louisiana-Lafayette is riding a program-record 12-game winning streak into the game with a possibility of finishing with its highest ever ranking in the AP Top 25 Poll after closing out last season ranked 15th. The Ragin' Cajuns also can win 13 games in a season for the first time. Marshall has a chance to cap off an up-and-down campaign in coach Charles Huff’s first season with its 13th bowl victory in what will be the 17th bowl appearance for the Thundering Herd all time.

Marshall's passing offense, ranked 12 nationally (310.7 yards per game) and led by QB Grant Wells and WR Corey Gammage, against an opportunistic ULL defense that has combined for 37 sacks and nine interceptions this season.

Louisiana-Lafayette: QB Levi Lewis has accounted for 3,059 yards and 24 TDs from scrimmage this season. He has 2,635 yards and 19 TD through the air, along with 424 yards and five TDs rushing.

New Louisiana-Lafayette coach Michael Desormeaux played QB for the Cajuns from 2005-08. ... Previous coach Billy Napier, who left this month for Florida, went 40-12 in four seasons before concluding his stint with the Cajuns with a 24-16 victory over Appalachian State in the Sun Belt Conference title game on Dec. 4. ... ULL is appearing in the New Orleans Bowl for the sixth time, having won four of its previous five appearances in the game (although it subsequently vacated two of those victories in 2011 and 2013 because of NCAA violations). ... The Cajuns are averaging 192 yards per game rushing. ... ULL edge rusher Chancey Manac has sacks 10 1/2 sacks this season. ... Marshall's offense ranked 10th nationally during the regular season in yards per game with 471. ... Marshall's defense allowed 22.8 points per game, which tied for first in Conference USA in fewest points allowed. ... Marshall's 12-4 bowl record gives it the best winning percentage (.750) nationally among FBS teams with at least seven bowl appearances. ... The Thundering Herd has lost its past two bowl appearances.