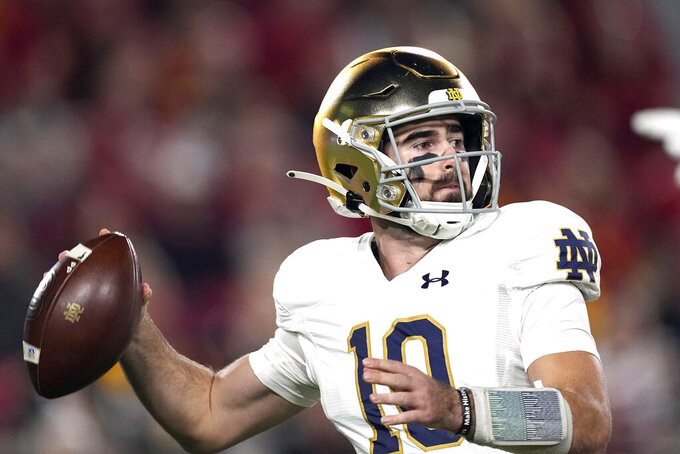 Notre Dame quarterback Drew Pyne announced Friday on social media that he is putting his name in the transfer portal.

Pyne posted on Twitter that being a student-athlete at Notre Dame was “one of my proudest honors ..." as well as, “Now it's time for me to take on a new challenge, and I will be entering the transfer portal.”

He took over as the starter after Tyler Buchner went out with a season-ending shoulder injury in the second game of the season against Marshall.

Notre Dame went 8-2 with Pyne starting. The third-year player passed for 2,021 yards and 22 touchdowns with six interceptions. He could have as many as three years of eligibility left after having played during the pandemic season of 2020.

The Fighting Irish still have a bowl game, and will learn Sunday their opponent and the location.

Freshman Steve Angeli is next on Notre Dame's depth chart. He has not attempted a pass this season.