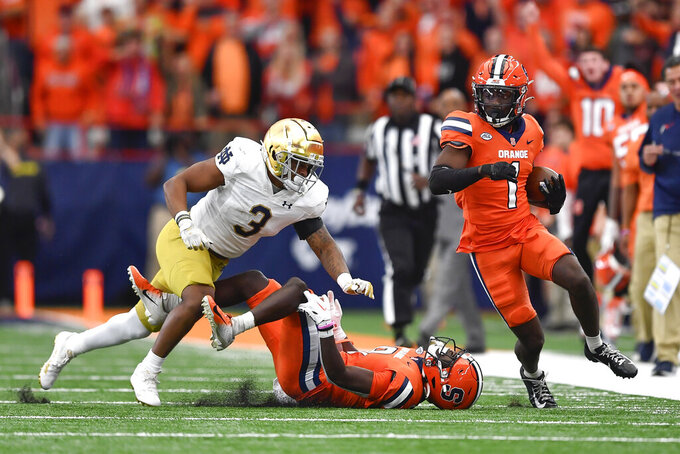 SYRACUSE, N.Y. (AP) — Syracuse defensive back Garrett Williams, who led the Atlantic Coast Conference in pass breakups in each of the previous two seasons, will miss the rest of this season for the No. 22 Orange because of a knee injury.

Williams was injured in the second quarter against North Carolina State on Oct. 15 and didn't play in the Orange's 27-21 loss at Clemson just over a week ago. He was hurt again in the first half of a 41-24 home loss to Notre Dame on Saturday and needed help leaving the field and entering the medical tent. He returned to the sideline on crutches.

Williams has 36 tackles, tied for third on the team, 1.5 tackles for loss, one forced fumble and one fumble recovery, three pass breakups and two timely interceptions that helped spur the Orange (6-2, 3-1 ACC) to a 6-0 start before their two-game skid.