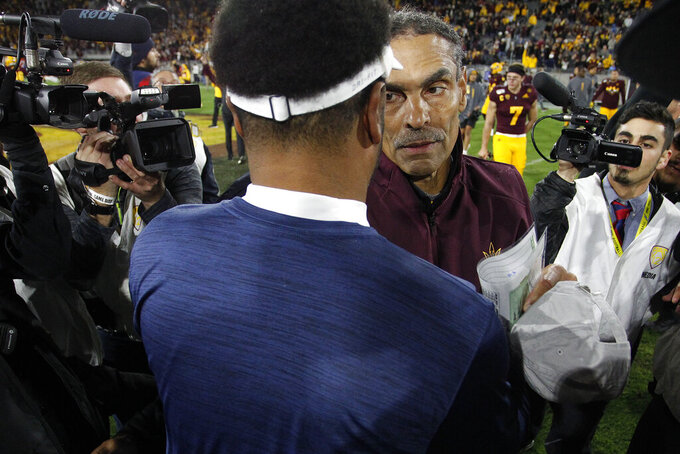 Edwards said the moves were based on offensive philosophy and not wins and losses. He wants the offense to be built around quarterback Jayden Daniels, who had a solid freshman season.

Arizona State finished the regular season 7-5 and qualified for a bowl game for the second straight season. The Sun Devils finished 88th in the FBS in total offense at 379.6 yards per game and 94th in scoring at 25.2 points.