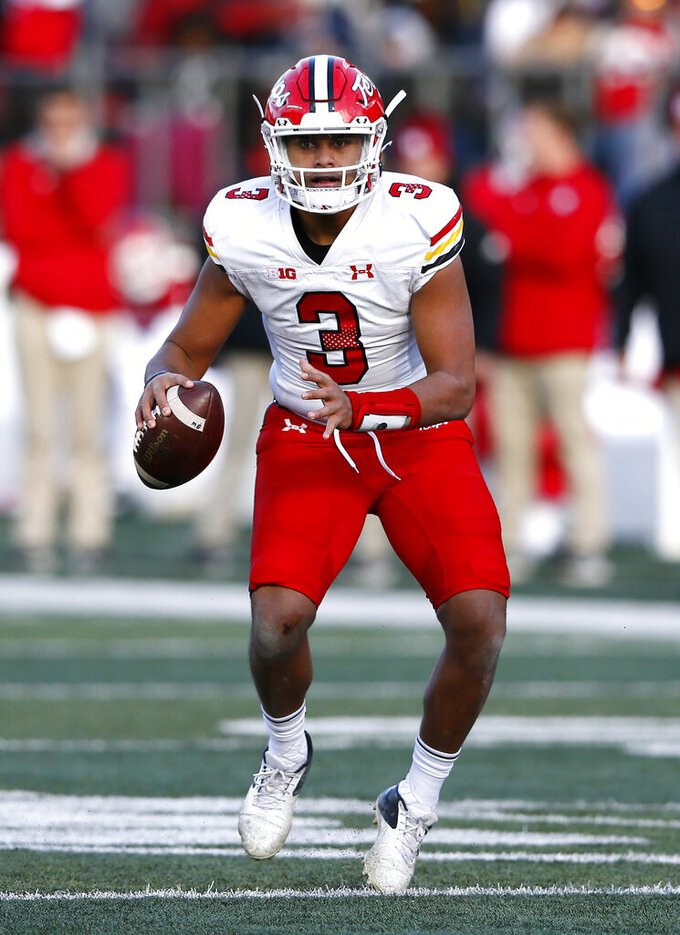 Maryland: Quarterback Taulia Tagovailoa established school single season records with 308 completions and 3,595 yards passing. He has completed 68% of his attempts for 24 touchdowns.

Virginia Tech: Interim coach J.C. Price will lead the Hokies in the bowl game following the Nov. 16 departure of head coach Justin Fuente. Brent Pry was introduced as head coach on Dec. 2 and has hired Price as an associate head coach and defensive coach.

Maryland: First Pinstripe Bowl appearance and first bowl berth since the 2016 Quick Lane Bowl. The Terps seek their first bowl win since 2010 and are 11-14-2 lifetime.

Virginia Tech: First Pinstripe Bowl appearance. The Hokies have been bowl eligible for 29 consecutive seasons but opted out in 2020 because of COVID-19. They are 13-20 lifetime and playing their first postseason since the 2019 Belk Bowl.