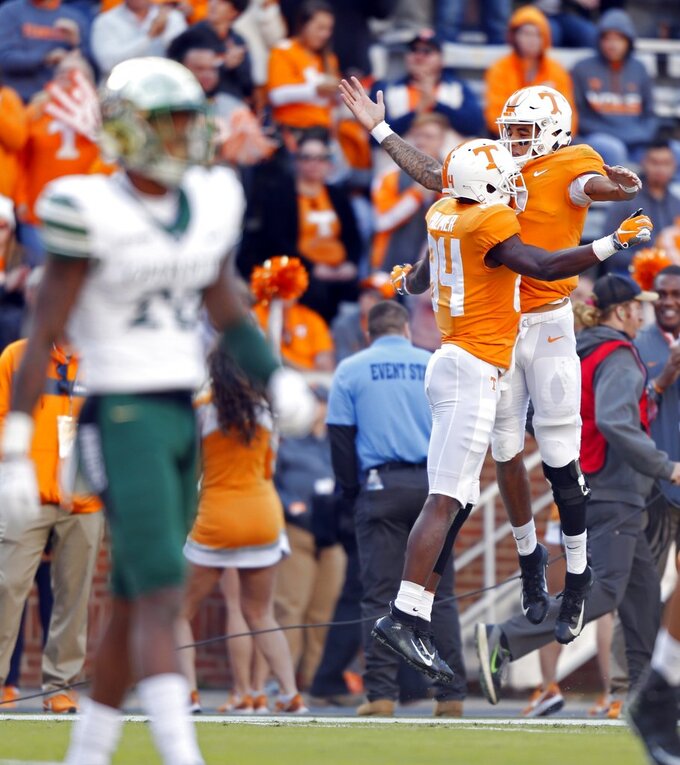 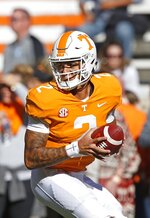 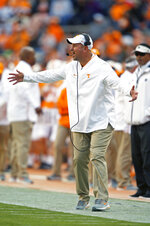 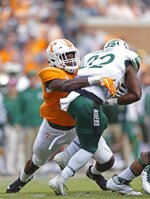 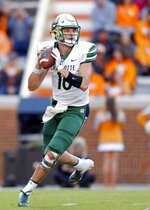 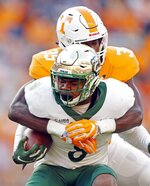 KNOXVILLE, Tenn. (AP) — Marquez Callaway returned a punt for a touchdown and Tennessee's defense nearly pitched a shutout as the Vols defeated Charlotte 14-3 in their final nonconference game of the season Saturday.

The Vols were limited to just 192 total yards and held scoreless through the final three quarters in equaling their season-low in points scored.

Charlotte entered the game ranked sixth in the FBS in rushing defense (88.9 yards), and improved its standing. The 49ers held the Vols to only 20 net rushing yards on 26 attempts for a 0.8 average per rush.

UT quarterback Jarrett Guarantano found Josh Palmer for a 16-yard touchdown pass to increase the lead to 14-0. The 14 points were the most UT has scored in the first quarter this season.

But the early production wasn't a sign of things to come as the Vols offense bogged down for the remainder of the game. UT had only 93 yards of total offense in the first half, including 0 rushing yards. Until UT's final offensive drive in the fourth quarter, the Vols were in negative rushing yardage.

Charlotte: The 49ers are still searching for their first win over a Power 5 opponent. Charlotte fell to 0-4 all-time against Power 5 programs, including 0-2 against SEC opponents. But the 49ers can take some confidence from their defensive performance. They've held four straight opponents to 21 points or fewer. Redshirt sophomore punter Kyle Corbett booted a punt a school-record 75 yards in the fourth quarter that landed at the UT 3-yard line.