Texas Tech heads to No. 25 K-State as both come off big wins 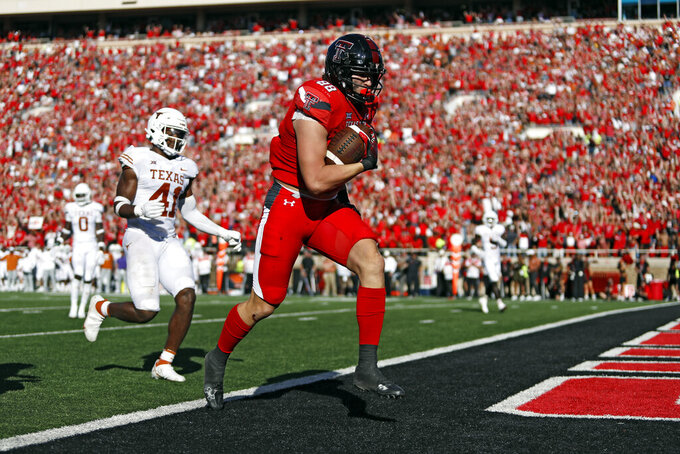 Line: Kansas State by 7 1/2, according to FanDuel Sportsbook.

Kansas State followed a stunning loss to Tulane with an equally surprising win over then-No. 6 Oklahoma last week in Norman, sending the Wildcats into the AP Top 25 for the first time this season. The challenge now is to climb the rankings by beating Texas Tech, something they have done six straight times. The Red Raiders are also trying to build on the momentum they gained by rallying from a 10-point halftime deficit to beat Texas in overtime last week. The winner moves to 2-0 in the conference race and is in good position to challenge for the Big 12 title.

Kansas State RB Deuce Vaughn, who leads the Big 12 in rushing at 117 yards per game, will be facing a Texas Tech defense that allowed Texas running back Bijan Robinson to run for 101 yards and two scores last week. Vaughn carried 25 times for 116 yards against Oklahoma last week, allowing Kansas State to control the time of possession.

Texas Tech: QB Donovan Smith is the Big 12's leading passer with 1,117 yards and nine touchdowns this season, and he's coming off arguably his best game of the season against the Longhorns. He was 38 of 56 for 331 yards and two touchdowns without an interception while adding 15 carries for 42 yards and another score. Smith will be facing a Kansas State pass defense that allowed Oklahoma's Dillon Gabriel to throw for 330 yards and four TDs last week.

Kansas State: QB Adrian Martinez broke out of a three-game slump to begin his career in Manhattan with a game to remember against the Sooners. He threw for 234 yards and a touchdown without an interception, ran for 148 yards and four more scores, and had a 55-yard fourth-quarter run that helped the Wildcats clinch the win.

Kansas State has won 10 of the last 11 in the series. Texas Tech has not won in Manhattan since 2008. ... The Red Raiders have not started 2-0 in league play since 2013, when they won their first four games. ... Texas Tech will be playing a ranked team for the fourth time in five games with wins over Houston and Texas and a loss to North Carolina State. The Red Raiders last faced four consecutive Top 25 teams in 2012, when they went 2-3 over a five-game stretch. ... Texas Tech converted six fourth downs against Texas, its most in a game since 2000. ... The Wildcats had 509 yards total offense against Oklahoma, their most since piling up 535 against Texas Tech in 2014. ... Vaughn has eclipsed 100 yards rushing in 14 of his last 19 games. ... Kansas State DE Felix Anudike-Uzomah has seven forced fumbles in his career, two shy of tying the school record.