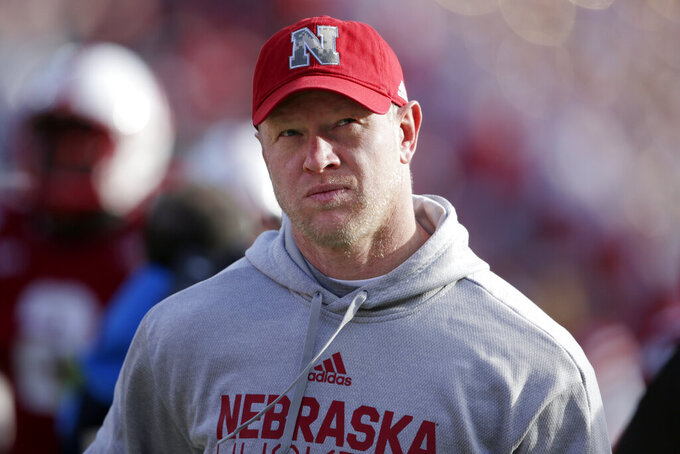 LINCOLN, Neb. (AP) — The party line at Nebraska has always been that no regular-season game is more important than another. The vibe for this week’s game is different, and linebacker Collin Miller listed the reasons:

The 19th-ranked Hawkeyes have made a habit of pushing around their neighbors to the west, and they surely would relish keeping them out of a bowl for a third straight season.

The last time the Hawkeyes visited Memorial Stadium, they scored 42 points in the second half on their way to a 56-14 win in the final game for Mike Riley at Nebraska. They had outscored Nebraska 96-24 in two games before they won 31-28 on a last-play field goal in Iowa City last year.

Yes, the losing streak against Iowa bugs the Huskers.

“Definitely. That’s on our mind. It sucks, those guys not respecting us,” Miller said. “They come into Lincoln and think they can win this with ease and that this isn’t even a little rivalry. Definitely hurts. We use that as momentum.”

Geography dictates Iowa and Nebraska be rivals. There’s even hardware that goes to the winner: the Heroes Trophy.

Fuel was added in 2014 when Nebraska fired Bo Pelini after his team beat Iowa 37-34 in overtime on the road. Then-athletic director Shawn Eichorst, when asked if the win made it more difficult to fire Pelini, famously said, “Our kids showed great character and resiliency in a tough environment, so it did play a factor. But in the final analysis, I had to evaluate where Iowa was.”

“I can’t get caught up in that,” he said. “As the program’s leader, I have to be focused on what I can do to try to give it the best shot we possibly can this weekend. Iowa’s probably no different. There are a few teams that have been getting the better of Nebraska lately, and that’s what we’re trying to fix.”

Nebraska has played on the Friday after Thanksgiving for 30 straight years, always against a rival — Oklahoma, Colorado and Iowa. In 2020 and 2021, Nebraska will play Minnesota on Black Friday, then return to playing Iowa on that day in 2022.

“Looking forward to renewing that in a few years and having it be the last game of the year every year,” Frost said. “With us sharing a border with them, it makes sense. Rivalries are usually for fans. We need to focus on trying to accomplish a mission.”

NOTES: WR Kanawai Noa, who has 17 catches for 245 yards and two touchdowns, is out for the season after having knee surgery. He didn’t play in last week’s 54-7 win over Maryland. ... Frost said sophomore PK Matt Waldoch would remain with the team after the season. Waldoch was on the club soccer team and waiting tables when he joined the Huskers in September because of an injury to Barret Pickering and ineffectiveness of other kickers. Waldoch made three field goals and six extra points against Maryland. The Huskers have had six kickers attempt at least one field goal this season. ... Frost said RB Rahmir Johnson, who ran for 55 yards against Maryland, will only play again in an emergency situation. Johnson has appeared in four games, the maximum for players who want to keep their redshirt.