Hokies seek something positive in first visit to Liberty 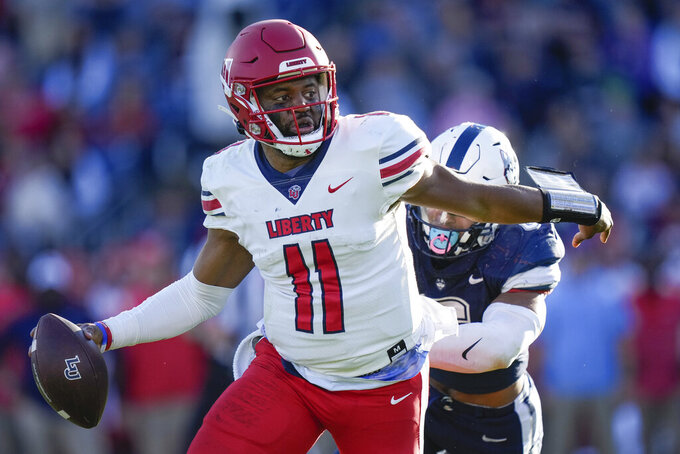 Liberty quarterback Johnathan Bennett (11) scrambles with the ball during the second half of an NCAA college football game against Connecticut in East Hartford, Conn., Saturday, Nov. 12, 2022. (AP Photo/Bryan Woolston) 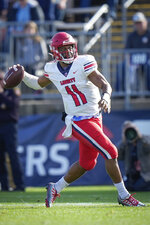 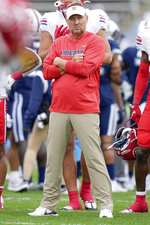 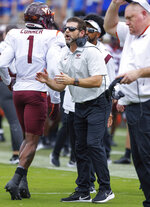 The Hokies are trying to make something positive happen before the season ends, and snapping a seven-game losing streak might do the trick. Liberty was ranked the past two weeks before losing on the road at UConn last week. They are 4-0 at home this season and 19-3 in Williams Stadium in their four seasons with Hugh Freeze as coach.

Liberty WR Demario Douglas against the Hokies defense. Douglas is a dual-threat, having more than 2,000 career receiving yards and, last week, 105 rushing yards. His total included a 75-yard scoring run, the longest by a wide receiver in Flames history.

Virginia Tech: LB Dax Hollifield. He leads the Hokies with 76 tackles and has climbed to fourth on the career list with 349. The Flames had two 100-yard rushers last weekend at UConn and Virginia Tech will count on Hollifield to ensure that doesn't happen again.

Liberty: QB Johnathan Bennett. He's one of three quarterbacks to start for the Flames this season and has a 5-1 record, including a 41-14 victory against BYU and a 21-19 victory at Arkansas. For the season, he has 12 TD passes and nine interceptions.

Virginia Tech’s offensive line starters — Silas Dzansi, Kaden Moore, Johnny Jordan, Jesse Hanson and Parker Clements — have combined to make 107 career starts. They'll be key to protecting QB Grant Wells against the team that ranks fifth nationally in sacks. ... Hokies coach Brent Pry has faced Liberty once before, as the defensive backs coach at Western Carolina in 2001. The Catamounts won that game 63-0. ... The Flames have never beaten a Power Five program at home. They are 1-1 against Power Fives teams this year, a 37-36 loss at Wake Forest and the victory at Arkansas. ... DE Durrell Johnson has 18.5 tackles for a loss this season, second nationally. His total includes seven sacks.