No. 7 Trojans, No. 16 Bruins face off with plenty at stake 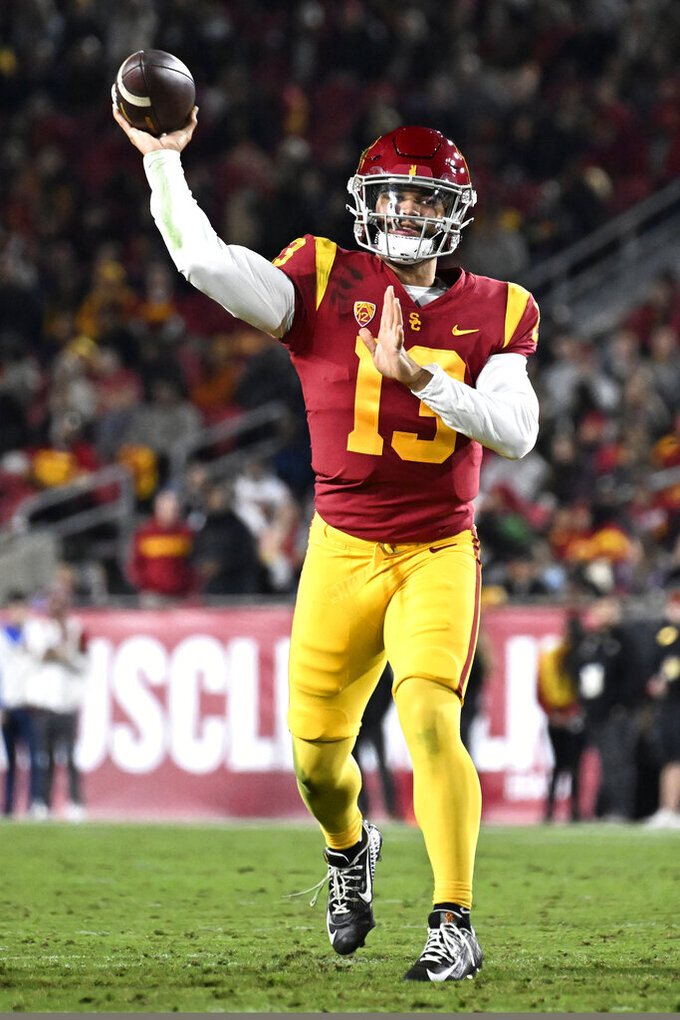 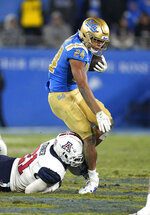 Bragging rights in the City of Angels aren’t the only thing at stake as the Trojans will claim a spot in the Pac-12 title game with a victory over the Bruins. USC would also maintain a path to the College Football Playoff, highlighting how dramatic the turnaround has been in Lincoln Riley’s first season in charge. UCLA lost control of its route to Las Vegas with a surprising 34-28 loss to Arizona, but holding on to the Victory Bell for another year would soften that blow.

USC QB Caleb Williams vs. UCLA’s pass rush. The Bruins were shredded by Wildcats QB Jayden de Laura when he extended plays and gave his receivers more time to get open, and that is arguably the biggest strength of the electrifying Williams. UCLA must contain the sophomore and tackle him when it has the chance. If edge rushers Laiatu Latu (9 1/2 tackles for loss, eight sacks) and Grayson Murphy (nine TFLs, five sacks) are not up to the task, Williams will add to his 3,010 yards passing and Pac-12-best 31 touchdowns against two interceptions.

USC: RB Austin Jones took over as the lead tailback after Travis Dye sustained a season-ending ankle injury in a 55-17 win last week over Colorado, rushing for 74 yards and catching four passes for 39 yards with a touchdown. The Stanford transfer will have to show all facets of his game in replacing the well-rounded Dye, spelled by dynamic freshman Raleek Brown and speedy ex-TCU runner Darwin Barlow.

UCLA: QB Dorian Thompson-Robinson wasn’t at his best against the Wildcats, throwing for 245 yards and one touchdown while taking three sacks. His inability to get on track as a runner, netting 24 yards on 11 carries, might give the Trojans a template to copy. Thompson-Robinson delivered his signature performance against USC last season, accounting for 395 yards and six touchdowns in the 62-33 pummeling.

The 62 points allowed by the Trojans in last season’s rivalry game tied the worst defensive performance in school history. Bruins coach Chip Kelly guided Oregon to 62 points at the Coliseum when he was with the Ducks in 2012. ... UCLA had its streak of scoring 30 or more points in 12 straight games snapped by Arizona. The loss also ended an eight-game winning streak at the Rose Bowl. ... USC LB Eric Gentry could return after missing the past three games because of an ankle injury. The Arizona State transfer has 52 tackles, 2 1/2 TFLs, one sack, one interception and one forced fumble in seven games. ... Bruins RB Zach Charbonnet ran for 167 yards and a touchdown against the Trojans last season. He has rushed for at least 100 yards in seven of eight games this season, including all six conference games in which he has played. ... USC’s passing game should have its full allotment of wide receivers available. Jordan Addison, the 2021 Biletnikoff Award winner at Pittsburgh, returned from a lower-body injury to make one reception for 2 yards against Colorado on a managed snap count. Mario Williams, who is tied for second on the team in touchdown receptions and third in catches and yards receiving, missed the past three games because of an undisclosed injury. ... UCLA allowed four touchdowns on six red-zone possessions by Arizona, continuing a worrying season-long trend. The defense has made three stops inside the 20 without allowing points, surrendering 25 touchdowns in 37 opportunities. In Pac-12 play, opponents have scored touchdowns 70% of the time (21 of 30). ... Caleb Williams has thrown a touchdown pass to 12 different receivers. He has also run for six touchdowns. … The Trojans and Bruins will play in front of fans at the Rose Bowl for the first time since 2018. The thrilling last-second 43-38 win by USC in 2020 took place in an empty stadium because of pandemic attendance restrictions. UCLA is expecting a season-high crowd of 70,865, including its largest-ever student section of more than 16,000.