Smart finds no QB clarity in No. 4 Georgia's 2nd scrimmage 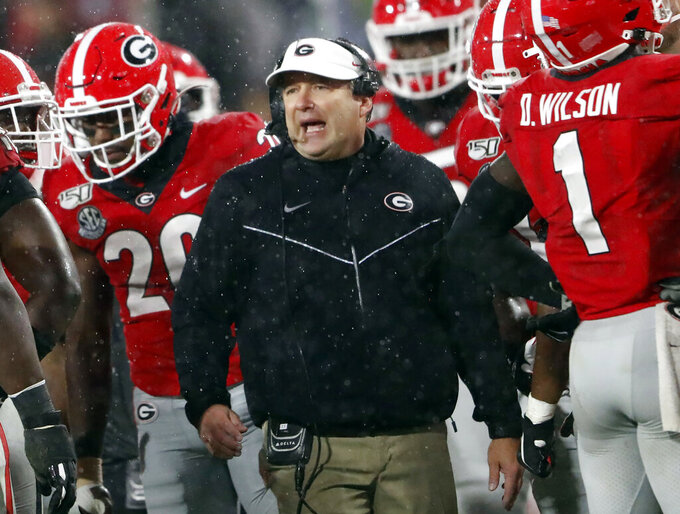 ATHENS, Ga. (AP) — The second preseason scrimmage for No. 4 Georgia on Saturday provided no clarity to the quarterback competition that continues without a top contender.

After Wake Forest transfer Jamie Newman announced his decision to opt out on Wednesday, the competition took on a different look. Newman was cast by many observers, but not coach Kirby Smart, as the favorite to win the starting job for the Bulldogs' opening game at Arkansas on Sept. 26.

Smart said another transfer, former Southern Cal starter, JT Daniels, and D'Wan Mathis worked with the first-team offense in the scrimmage. Freshman Carson Beck shared time with Daniels and Mathis with the second team. Stetson Bennett was with the third team.

Smart is eager to find clarity at the position.

“It’s a work in progress,” Smart said of the quarterbacks. “We had guys today that went out and practiced well. ... We really want a guy to assume the lead and take the lead. That hasn’t happened yet.”

Smart said he hasn't seen consistency at the position.

“You’ll have a guy that has a great play and a great series, then comes back with a bonehead mistake and a turnover,” Smart said. “Nobody has really taken charge and taken over. I wish I could say that.”

Newman said his decision to opt out was influenced by “the uncertainties of this year amid a global pandemic.”

Smart said he respected the decision by Newman, who will focus on the 2021 NFL draft.

Daniels has not been cleared for contact as he returns from a knee injury which ended his 2019 season at USC.

“I am under the assumption that that is going to happen, but that is not my decision,” Smart said. “Obviously, that’s the medical decision.”