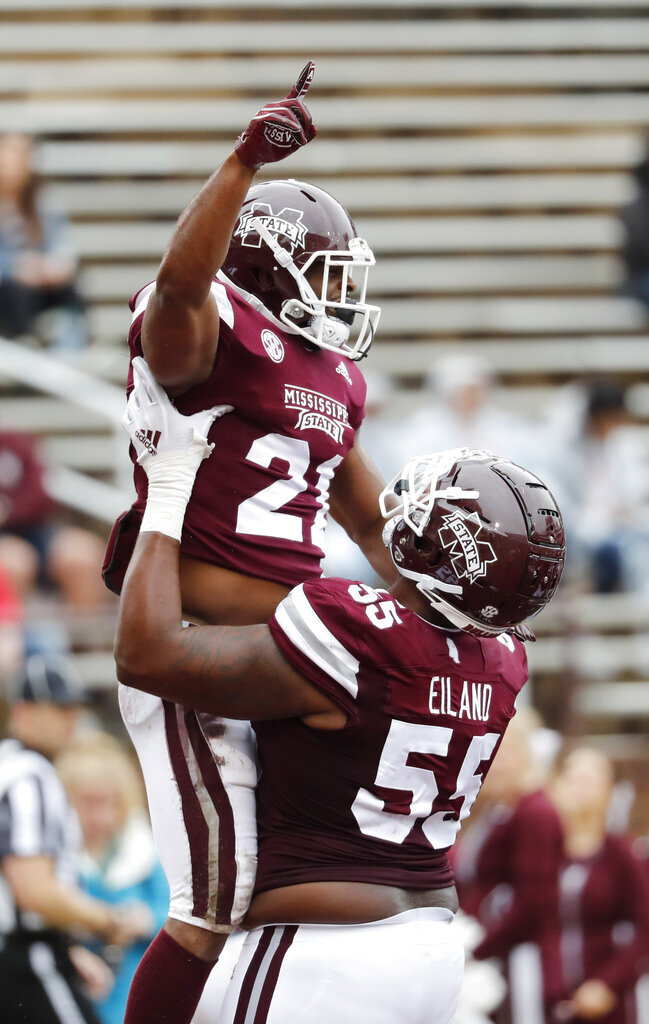 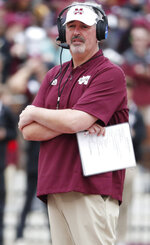 STARKVILLE, Miss. (AP) — Mississippi State's lack of a consistent passing offense wrecked what could have been a special season in 2018.

Second-year coach Joe Moorhead is working to correct the issues.

The Bulldogs recently wrapped up spring drills and it's no secret that fixing the offense — specifically the passing game — was one of Moorhead's most important priorities.

A big step in that process is finding a new quarterback: Junior Keytaon Thompson has emerged as the likely starter to replace the now-departed Nick Fitzgerald. Freshman Jalen Mayden is also in the mix.

"To operate this system and this offense successfully, you have to have a guy able to beat you with his arm, his feet and his brain," Moorhead said.

Moorhead has taken a more hands-on approach in remaking the offense, taking over as essentially his own offensive coordinator. He said he's always been involved in the offensive plan, but has a more "visible and vocal role" this spring.

The 6-foot-4, 225-pound Thompson played in nine games last season, completing 18 of 39 passes for 458 yards, six touchdowns and an interception. Much like Fitzgerald, he had some good moments, but struggled with consistency.

That trend continued during Saturday's spring game, when he was 9 of 18 passing for 106 yards and three touchdowns.

"This offense has a lot fine details that end up being very important," Thompson said.

The quarterback added that the Bulldogs didn't have a full understanding of those details during the first year with Moorhead and things have improved during his second spring. Players are more aware that nuances like spacing and timing are often the difference between a touchdown and an incomplete pass.

Mississippi State also needs more production from receivers after the Bulldogs struggled to find consistent options last year. No one caught more than 26 passes and explosive plays were rare. The hope is a few players like Stephen Guidry (6-foot-4) and Osirus Mitchell (6-5) can harness their considerable physical talent.

There's reason to believe Moorhead can fix the offensive problems. He came to Starkville after two seasons as Penn State's offensive coordinator and the Nittany Lions were extremely productive.

His teams also scored plenty of points during his time as a head coach at Fordham and an assistant coach at UConn.

Moorhead said the Bulldogs' offense had lots of good moments last season, but has to be more precise if it wants to execute against elite defenses. The Bulldogs averaged just four points per game in four SEC losses to Kentucky, Florida, LSU and Alabama.

He said it's important for players to take the mental step of not just knowing the play calls, but understanding the purpose behind those calls and the weaknesses the Bulldogs are trying to exploit on the other team's defense.

"If you had it on a scale, I wanted it to go from A to Z last year," Moorhead said. "Instead, we went something like A to M. Now it's about bridging that gap."