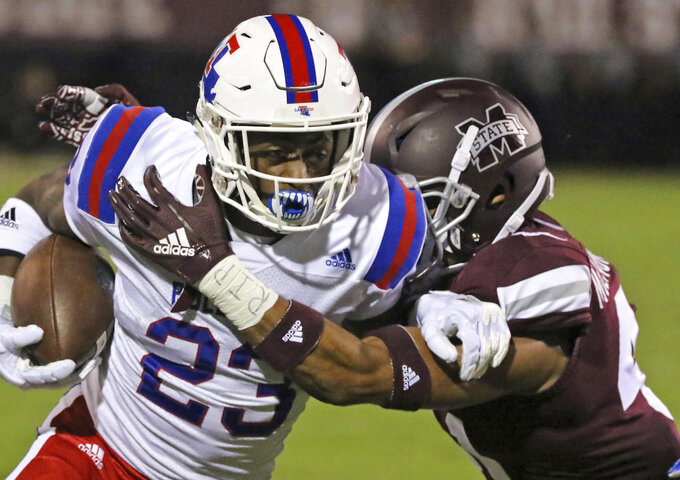 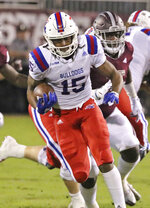 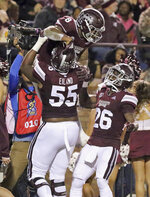 It was just three weeks ago that the Bulldogs' offense was in complete disarray.

That's certainly not the case anymore.

Fitzgerald threw for 243 yards and four touchdowns to lead No. 21 Mississippi State over Louisiana Tech 45-3 on Saturday night. The Bulldogs are playing some of their best football of the season heading into next week's game against No. 1 Alabama, which is coming off a 29-0 win over LSU.

Mississippi State (6-3, No. 18 CFP) was never seriously challenged on Saturday, scoring 21 points in the first quarter of what quickly turned into a lopsided game. Fitzgerald completed 17 of 28 passes and threw his touchdowns to Stephen Guidry, Deddrick Thomas, Jesse Jackson and Hill.

"We needed to start fast and knock the belief out of these guys," Mississippi State coach Joe Moorhead said.

Fitzgerald had plenty of time to throw most of the night and his four touchdown passes in the first half went for 11, 36, 23 and 10 yards. That helped give the Bulldogs a comfortable 31-3 halftime lead.

"I did not expect them to do to our defense what they did," Louisiana Tech coach Skip Holtz said. "That is a real testament to them, and the way they came out and played."

To put Fitzgerald's improvement in perspective, he threw just four touchdown passes over his first six starts of the season. On Saturday, he had four in less than 30 minutes of game action.

Mississippi State's defense was once again excellent, giving up just 238 total yards. The Bulldogs didn't give up a touchdown on Saturday and they've given up just nine offensive touchdowns all season, which leads the nation.

Louisiana Tech was never a factor in this one. The offense occasionally moved the ball, but couldn't score touchdowns. The defense gave up too many big plays in the first half, especially in the passing game.

Mississippi State's offense has done a complete 180 over the past two weeks and Fitzgerald's arm has turned into an asset instead of a liability. Now the Bulldogs get their shot at top-ranked Alabama in Tuscaloosa next weekend and there's no doubt Mississippi State will have to play a near-perfect game to have a chance.

"Certainly, when you're heading on the road to play the No. 1 team in the country, you definitely want to have momentum going in your favor," Moorhead said.

Mississippi State won't get a huge bump from beating a team from Conference USA, but the convincing nature of the victory should give the Bulldogs a small boost.

STAT OF THE GAME