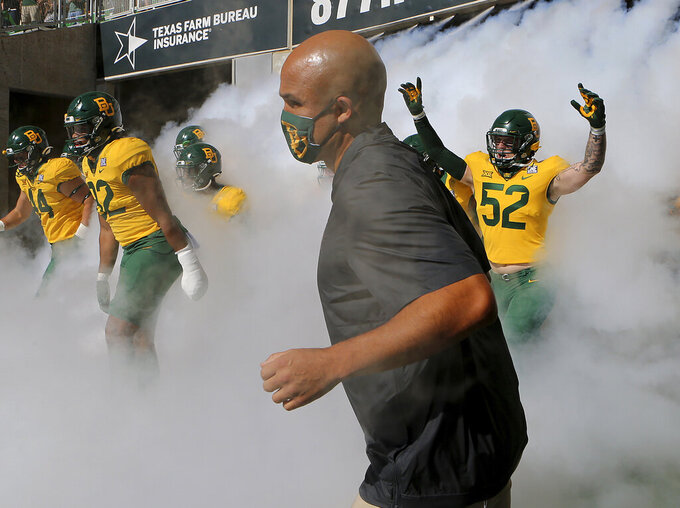 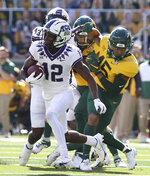 WACO, Texas (AP) — Derius Davis returned a punt 67 yards for a touchdown as TCU got out to a big lead, and the Horned Frogs held on to win again on the road.

Redshirt freshman Darwin Barlow ran for 117 yards with a touchdown, and true freshman Zach Evans, the first five-star recruit signed by the Frogs, ran 30 yards for his first collegiate touchdown in a 33-23 win at Baylor on Saturday. The Bears had built a 30-0 lead in the first 21 minutes of the game.

“A win can do a lot. It just brings such a sigh of relief to a team that has been putting in a lot of work,” TCU quarterback Max Duggan said. “To beat a great team like Baylor and you get a win just feels really, really good. ... The only thing that matters is that we won. It doesn't matter how we do it.”

Baylor (1-3, 1-3) played its first game in three weeks, following an open date and then the postponement of its home game against No. 6 Oklahoma State because of positive COVID-19 tests in the Bears program. That led to a weeklong pause of all football activity in their program.

The Bears have lost three in a row since winning coach Dave Aranda's debut, against Kansas five weeks ago.

“Being in the locker room right now ... Everybody’s heartbroken and everybody is upset and everybody’s frustrated,” Aranda said. “But then I think, when you walk around the locker room though, you see guys that are bringing up the positives and working to find stuff to build on. And I that’s just speaks to the culture here. And we will build off those positives.”

Davis fielded the ball, moved parallel to the left around blockers and then burst through a gap into the open near midfield about midway through the first quarter to make it 14-0.

“I'm thankful for my blockers. They're the ones that held the guys up and allowed me to spring it,” Davis said.

TCU then got the ball back when La'Kendrick Van Zandt got an interception when he jumped in front of tight end Ben Sims along the sideline and managed to keep a foot in bounds. The Frogs defense also had five sacks, equaling their total in the first four games.

Sims had two touchdown catches from Charlie Brewer, a 1-yarder just before halftime when the tight end was ruled to have a foot inbounds in the back of the end zone, and then a 3-yarder in the third quarter.

“I think it’s been kind of a trend. Last couple of games we’ve had a slow start. Haven’t been able to pick it up,” Sims said. “Gotta have a start fast finish strong kind of mentality. I think we’re still trying to work over that.”

TCU: The Frogs have won both of their road trips south on I-35 to Texas and Baylor. TCU had a dominating defensive effort early on, including getting to Brewer on three consecutive plays after Baylor returned the second-half kickoff to midfield.

Baylor: The Bears were still out of synch on offense, starting with 21 total yards on their first 21 plays, the last in that stretch being a failed fourth-and-1 conversion with just over 12 minutes left in the first half. That led to a field goal that put TCU up 30-0. They finished with 278 total yards. Baylor lost one of its top defenders when Jalen Pitre was ejected because of a targeting penalty with about five minutes left in the first quarter.

TCU: Home for the third time in four games to play Texas Tech.

Baylor: At Iowa State next Saturday.