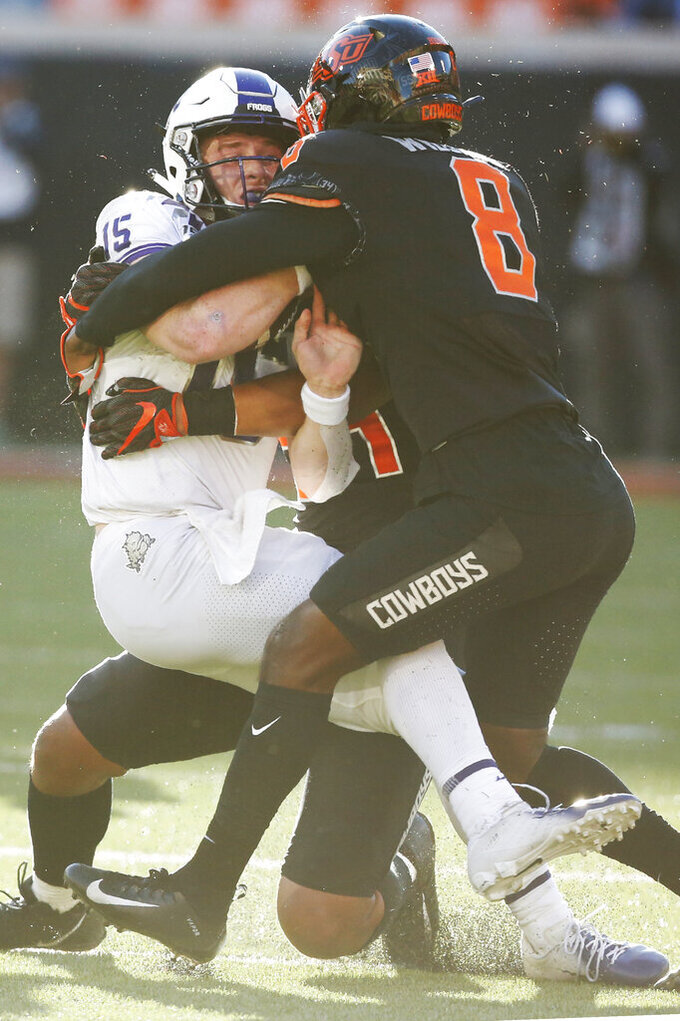 FORT WORTH, Texas (AP) — Graduate transfer quarterback Alex Delton has left TCU's team after not playing in the past two games.

Coach Gary Patterson acknowledged the departure of Delton during his weekly news conference Tuesday. The transfer from Kansas State was named a team captain at the beginning of the season and started the first two games for the Horned Frogs.

Duggan is dealing with an injured middle finger on his throwing hand sustained in Saturday's 34-27 loss at Oklahoma State. Michael Collins came in for Duggan and took a hard shot to the midsection on TCU's last offensive play.

Patterson said he thinks Duggan will play Saturday against No. 11 Baylor, but that Collins probably won't for the Frogs (4-4).