Tech companies, like college athletes, eager to cash in 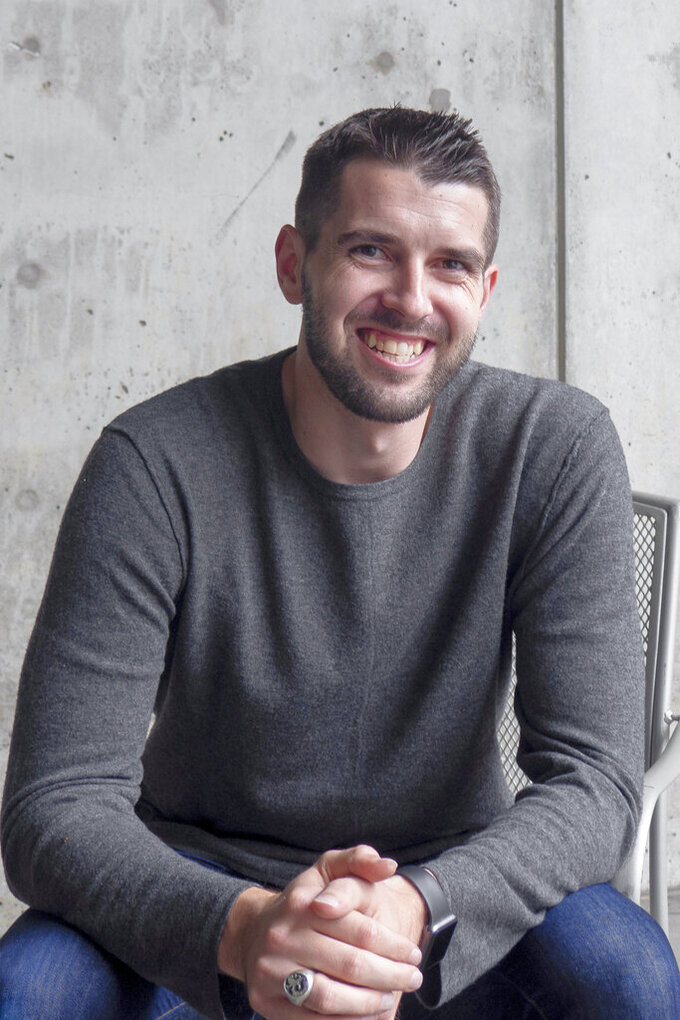 Blake Lawrence, co-founder and CEO of athlete marketing platform Opendorse, smiles in this Aug. 15, 2018, photo provided by Opendorse. Lawrence expects opportunities for high level NCAA college student-athletes to earn a significant sum of money from activating their social and digital media presence on behalf of sponsors in the local community. That scenario could become reality as soon as 2021 as the NCAA figures out the details of how college athletes can be compensated for the use of their name, image or likeness. (Opendorse via AP) 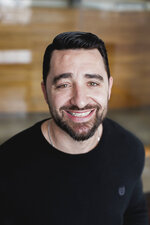 Imagine a major-college quarterback with a sizable social media following who posts entertaining and informative updates about his life on and off the field.

Now imagine a restaurant hiring him as its pitchman and paying him $500 or $1,000 each time he posts content with its messaging.

That scenario could become reality as soon as 2021 as the NCAA figures out the details of how college athletes can be compensated for the use of their name, image or likeness.

Blake Lawrence crunched the numbers on earning potential for that imaginary quarterback based on the QB having 40,000 followers on Twitter and 50,000 on Instagram. The co-founder and CEO of athlete marketing platform Opendorse based his projection on a popular college athlete having a market value approximate to that of a retired, well-known pro athlete; active pros command higher fees.

Lawrence said it would be reasonable to assume the quarterback would sign separate deals with 10 local businesses and post a total of 60 to 120 sponsored content messages a year on one of his social media accounts.

“So quickly it’s $60,000 to $120,000 a year,” Lawrence said. “You can see how the math adds up pretty quick in terms of opportunities for high level student-athletes to earn a significant sum of money from activating their social and digital media presence on behalf of sponsors in the local community.”

While autograph signing and public appearances have been traditional ways for professional athletes to make extra money, most opportunities now are tied to social media. The bridge between athlete and sponsor will likely be content delivery platforms — a cottage industry of sorts eager to link the two and cash in. And having those platform relationships in place will almost surely be a recruiting tool for schools.

“There's going to be a whole industry springing up around NIL,” or name, image and likeness, Lawrence said. “There is an ecosystem forming, and the incumbents are jostling and developing different types of tools and technology, and it's going to be wild.”

Opendorse and INFLCR (pronounced “Influencer”) will be major players to start, and another company, Greenfly, plans to establish more of a presence in the college market.

All three have contracts with pro teams and leagues as well as college athletic departments. They store and manage content — game photos and videos, for example — that athletes can share on their personal social media accounts. The photos and videos are provided by the teams themselves and through agreements with media organizations.

Athletes can access the content and share it with their followers. The pros use it to promote brands and supplement their income; college athletes will be able to do the same once they get the green light.

Opendorse, based in Lincoln, Nebraska, has contracts with 75 colleges in addition to deals with the PGA Tour and players' unions for the NFL and Major League Baseball, among other entities. INFLCR, based in Birmingham, Alabama, has 100-plus colleges as clients as well as NBA and NFL players, NASCAR drivers and other pro athletes. Greenfly, based in Santa Monica, California, has worked mostly with professional sports, notably baseball.

Once NIL rules go into effect, athletic departments will be under pressure to go all in with opportunities for their athletes or risk watching recruits go elsewhere. The delivery platforms will need to provide transaction management technology that meets NCAA standards for oversight amid concerns about abuses, sham deals and play-for-pay schemes.

An athlete wouldn’t necessarily have to use the platform provided by their school, but going elsewhere would mean paying for it and there could be technical obstacles in reporting transactions to their school.

Opendorse, launched in 2012, counts schools such as Clemson and Michigan among its clients, along with Nebraska. INFLCR has signed deals with teams such as Duke, Kansas and Kentucky, among others, since its start in 2017. INFLCR was acquired last fall by Teamworks, which develops software teams used for in-house scheduling and messaging for teams at 264 Division I schools. Greenfly went live in 2014, and the only college partnership it publicizes is one with Kansas State.

Athletes would conduct most or all of their NIL business through an app developed by the content delivery company. They could post sponsored content in different ways, perhaps mixing a personal message with an agreed-upon shoutout to the sponsor, or with the tap of a button relay a post composed by the sponsor.

Under Nebraska's contract with Opendorse for the year ending Feb. 28, 2021, obtained through a public records request, the athletic department will pay $235,000 for the company to maintain the content management system that's been in place since 2015. The company will also educate athletes on branding and polishing their online profiles to make them more attractive to potential sponsors, a program called “Ready Now.”

Nebraska, where Lawrence played football from 2007-09, received $150,000 in discounts for bulk pricing (more than 500 athletes) and for being the first school to sign on with “Ready Now.”

The tech companies will generate revenue through contracts to provide their services to schools and possibly from commissions. Sponsors — not the athletes — pay commissions ranging from 10% to 30% in pro sports.

“It’s yet to be seen if those types of margins or commissions make sense at the college level,” Lawrence said.

INFLCR's Cavale said the day of college athletes getting paid for use of their NIL has been coming since former UCLA basketball player Ed O'Bannon brought the issue to the forefront with his 2009 class-action antitrust lawsuit against the NCAA.

“Everybody understood it wasn’t a matter of if but when NIL comes,” Cavale said.