Drake Maye gets the call as North Carolina QB starter 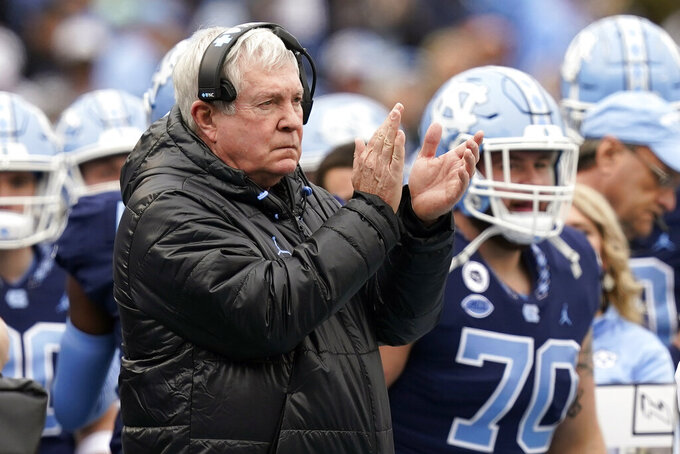 Coach Mack Brown announced Maye as the winner Monday of the preseason competition to become the opening night starter. He had been competing with third-year sophomore Jacolby Criswell to get the first shot at replacing star quarterback Sam Howell, who is now in the NFL.

“We just felt like Drake should walk out there first,” Brown said.

The Tar Heels coach said there was little separation between Maye and Criswell, who Brown said will get his chance.

“If one quarterback is not moving the ball, we’ll put the other one in. We’re going to give each one a chance,” Brown said.

Maye is the son of former UNC quarterback Mark Maye, while his brother Luke was a star for the Tar Heels basketball team and helped them win the 2017 NCAA championship. Maye, an in-state recruit, originally committed to Alabama.

Maye has appeared in only two games and thrown 10 passes in his college career. But both players are inexperienced, considering Criswell has appeared in seven games with 25 pass attempts.

Brown had said in preseason the plan was to push both quarterbacks through camp in an attempt to have one separate from the other since both have been with the program for at least a year.

Maye had at least one star talent to target in receiver Josh Downs, who ranked among the Bowl Subdivision leaders with 1,335 yards last season to go with eight touchdowns.

The Tar Heels are playing their earliest season-opening game since 2001, when they opened at Oklahoma on Aug. 25.